You are here: Home / Basics / Know about Various Types of Temperature Sensors 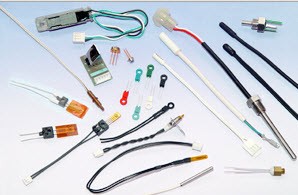 There are different types of temperature sensors used in the market today including resistance temperature detectors (RTDs), thermocouples, thermistors, infrared sensor , and semiconductor sensors. Each of them has a particular operating parameters. These sensors come in different varieties, but have one common thing: they all measure temperature by sensing a change in the physical characteristic.

What Is a Temperature Sensor? 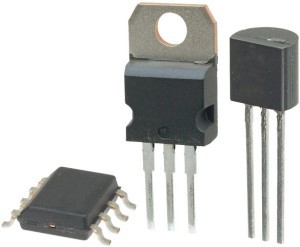 A temperature sensor is a device, usually an RTD (resistance temperature detector) or a thermocouple, that collects the data about temperature from a particular source and converts the data into understandable form for a device or an observer. Temperature sensors are used in many applications like HVand AC system environmental controls, food processing units, medical devices, chemical handling and automotive under the hood monitoring and controlling systems, etc. 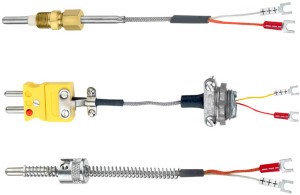 Thermocouple sensor is the most commonly used temperature sensor and it is abbreviated as TC. This sensor is extremely rugged, low-cost, self-powered and can be used for long distance. There are many types of temperature sensors that have a wide range of applications.

A thermocouple is a voltage device that indicates temperature by measuring a change in the voltage. It consists of two different metals: opened and closed. These metals work on the principle of thermo-electric effect. When two dissimilar metals produce a voltage, then a thermal difference exists between the two metals. When the temperature goes up, the output voltage of the thermocouple also increases. 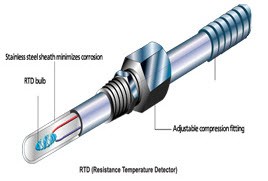 Where, ‘T’ is temperature, ‘P’ is I squared power produced and ‘S’ is a degree C/mill watt

There are different types of techniques to measure temperature by using this RTD. They are two wired, three-wired and four-wired method. In a two-wired method, the current is forced through the RTD to measure the resulting voltage. This method is very simple to connect and implement; and, the main drawback is – the lead resistance is the part of the measurement which leads to erroneous measurement . 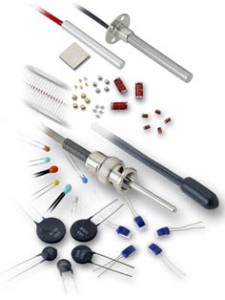 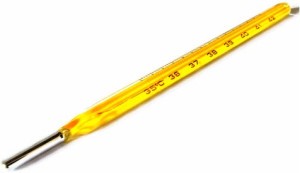 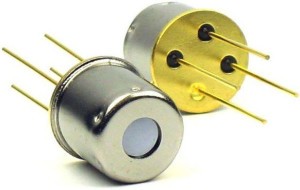 IR sensor is an electronic instrument which is used to sense certain characteristics of its surroundings by either emitting or detecting IR radiation. These sensors are non-contacting sensors. For example, if you hold an IR sensor in front of your desk without establishing any contact, the sensor detects the temperature of the desk based on the merit of its radiation. These sensors are classified into two types such as thermal infrared sensors and quantum infrared sensors.