How do power plants supply current to hundreds of houses? they even don’t utilize high capacity batteries. But this can be done by connecting a spinning a turbine to an electrical generator.  Some power plants use extremely hot steam that blasts over the turbines as well as turns it or else uses the energy of the dropping water. one more example is windmills. The fundamental idea is that if you use an electric wire &  move up or move down within the magnetic field then it makes an electric current. To attach a coil of wire and place it inside a magnetic field as the coil starts rotating, the wire starts moving up and down inside the magnetic field that produces the electric current these devices are called Electrical Generators. They convert mechanical energy into electrical.

An electric generator is an instrument that changes the form of mechanical energy into electrical energy.

How does turning something create electricity, It was based on electromagnetic induction. Electrical Generator was invented by Michael Faraday more than 200 years ago. 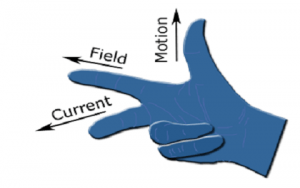 There are two types of generator depending upon the direction of the current. They are

When you want to transmit electricity over a long distance like from the power station to houses then AC has some great advantages over DC and for that reason, the current that we get at our houses the electricity of our houses are all AC and these generators are AC generators. 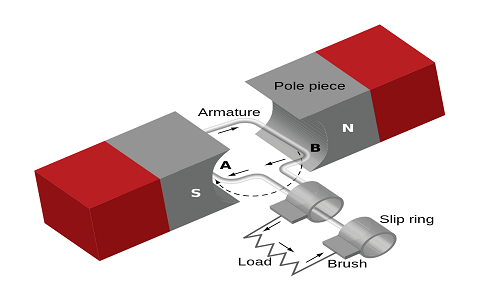 There are different types of DC generators. They are:

Self-excited generators are further classified as below

Compound wound generators are further classified as below 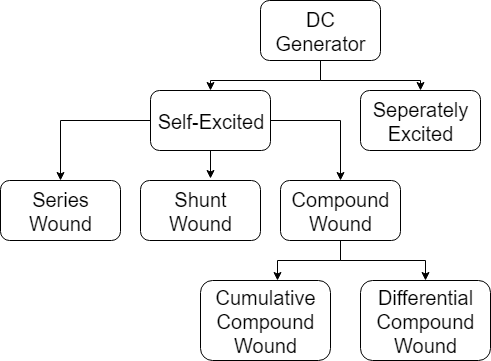 Depending on the arrangement of field winding generators are classified as separately excited and self-excited.

In a separately excited generator, the field winding is excited by some externally connected source. This external source helps the generator in inducing emf in the winding.

A self-excited generator is further classified as series, shunt and compound wound based on the arrangement of its winding.

In the series-wound generator, the field winding is arranged in series with the armature as shown in the figure below. 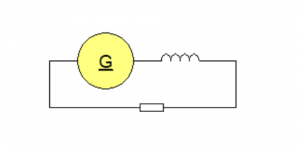 In the Shunt-wound generator, the field winding is arranged in parallel to the armature. So the circuit connection is illustrated below. 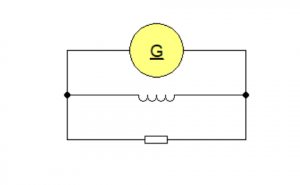 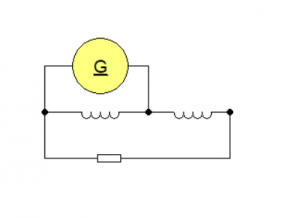 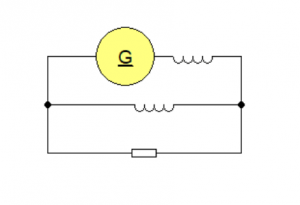 Therefore, this article discusses an overview of the history, invention and generator definition. We have also studied the types of generators, Fleming’s right-hand rule and the working of the generator. Here is a question for you, what is the function of a commutator in DC machines?