You are here: Home / Basics / Know About the Steps of Battery Manufacturing Process 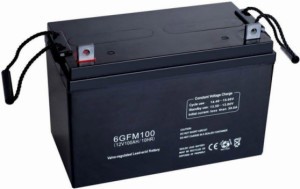 Battery is an essential requirement to start electrically operating equipments, especially in electrically operated vehicles. And also, in case of mains failures or interruptions in power supply, a standby or backup power is necessary for critical applications. Therefore a  battery provides the necessary power to startup as well as standby depending on the type of application. Some of the applications of the batteries include automobiles, railways, airlines, defense, telecommunication, power stations, industries, and so on. The battery manufacturing process of each company has its own special technical patented and secret processes, which are not bound to be revealed to  masses.

Therefore, this article is intended to give a brief idea of lead acid battery manufacturing process. A lead-acid battery is commonly used in automobile applications and UPS systems. These batteries provide sufficient energy to start engines, and are maintenance free, and durable.  Mainly 98 percent of these batteries are recyclable, and therefore, they minimize environmental impact while being disposed off. 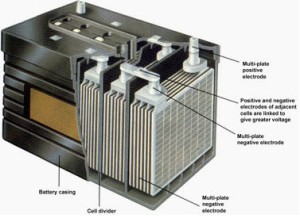 The lead battery is manufactured by using lead alloy ingots and lead oxide It comprises two chemically dissimilar leads based plates immersed in  sulphuric acid solution. The positive plate is made up of lead dioxide PbO2 and the negative plate with pure lead. The nominal electric potential between these two plates is 2 volts when these plates are immersed in dilute sulfuric acid. This potential is universal for all lead acid batteries. Therefore, a 12 volt lead acid battery is made up of six cells that are connected in series are enclosed in a durable plastic casing, as shown in the figure.

The capacity of the battery depends on the amount of lead dioxide on the positive plate; sulfuric acid present in the battery; and, the amount of spongy lead on the negative plate. During discharging process, the suphate ions in the electrolyte interact with the positive and negative plates and form lead sulfate on them. This result in the reduction of specific gravity of the electrolyte in proportion to the charge delivered to the load.

During the charging process, the cycle is reversed, that is, lead sulphate and water are converted to lead, lead oxide and electrolyte of sulphuric acid by an external charging source. This process is reversible, which means lead acid battery can be discharged or recharged  many times. The chemical formulas of charging and discharging process of the lead acid batteries is given above. 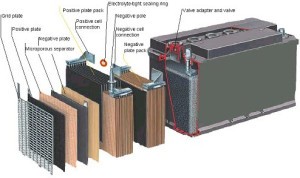 Main Parts of the Battery

The main parts of the battery are plates, i.e., anode and cathode plates, separators, electrolyte or sulphuric acid, case, cell connectors and terminals, as shown in the above figure.

Batteries are manufactured using careful maintenance of equipments in an automated controlled environment. The Manufacturing processes can be divided into several stages like Oxide and grid production process, pasting and curing, assembly process, formation, filling, charge-discharge process, final assembly, inspection and dispatch. These manufacturing steps are briefly explained below. 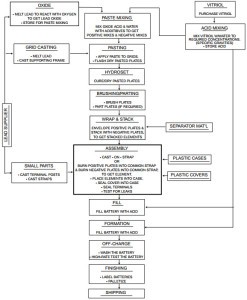 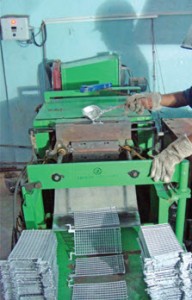 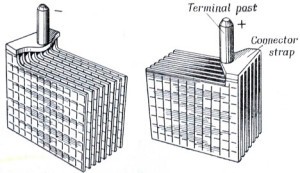 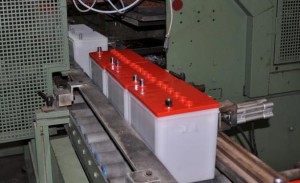 Assembling the Elements of Battery 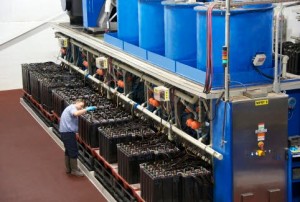 This is all about the lead-acid battery manufacturing process carried out in several battery production industries. We hope that the given content might have been helpful for the readers. Furthermore, for any information like electronic circuits for charging batteries, battery capacity selection and battery safety methods you can contact us by commenting below.