In any electrical system, the highest amount of power is used to transmit the power to the load for its operation. the best example of this is an audio amplifier as they transmit the maximum amount of current from the amplifier to the speaker. Similarly, in radio system, the highest amount of current is supplied from the power amplifier to the antenna. For this, the value of load resistance should be ideal for supplying the highest amount of current toward the load. Therefore, the value of load resistance should be of ideal value. If it is either less than or greater than the ideal value the maximum amount of power will not be transmitted. So, to maintain the ideal value of load resistance we developed a theorem I,e  maximum power transfer theorem. It assists in detecting the maximum power transmitted to the load. In this article, we will study what is Maximum Power Theorem? Definition, steps to solve different circuits, solving some examples, and applications.

In a linear bilateral network, across the load circuit, if the network is replaced by a single voltage source with series impedance (Thevenin’s theorem), then the maximum power is transferred from the source to the load circuit. The load impedance is the complex conjugate of the source impedance. 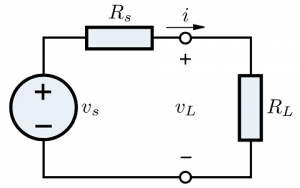 In the given circuit, Thevenin’s resistance is observed by switching off all the independent sources available considering only the resistance.

In any circuit, Thevenin’s equivalent is represented as the voltage source in series with the Thevenin’s resistance.

Find Rl  for MPT to Load? 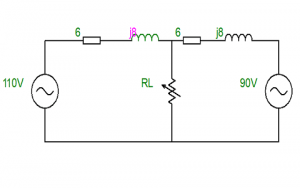 Convert the given circuit into Thevenin’s equivalent circuit 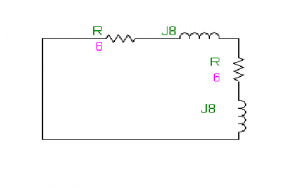 Find the Power in RL 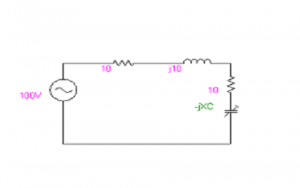 The application of MPTT is such that, where all the independent voltage sources are switched off and the equivalent impedance is only considered. Then only, the maximum amount of power is transmitted. The practical applications of MPTT are explained below

Thus, in this article, we studied how the maximum amount of power is transmitted to the load I,e when the value of load resistance is equal to the Thevenin’s resistance. Apart from this, we also studied the definition, steps to solve different circuits, examples of solving them and applications of MPT. Here is a question for the students, please  find RL using the following circuit. 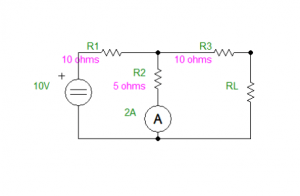