You are here: Home / Basics / What is Electrical Earthing – Types, and Applications

Earth is used as an electrical conductor for electricity by man over 270 years back. The other name for Electrical Earthing is Grounding. Electrical earthing is done to protect ourselves from shock during fault conditions. The common electrode used for Earthing is copper, which is used for grounding. The basic requirement of every household or industry is to maintain proper Earthing. The main purpose of the grounding or earthing systems is to provide a reference to the earth. Let us discuss in detail about what is Earthing, why it is required, how Earthing should be done, different types of Earthing and its advantages.

What is Earthing or Grounding?

The safety measures to be taken by connecting any equipment conductive surfaces with Earth Potential is termed as Earthing. Electrical Earthing is shown in the figure. 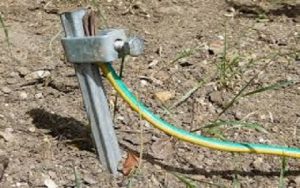 What is Meant by Earthing or Definition of Earthing?

Why Earthing is Required? 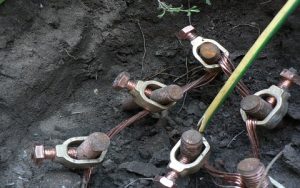 There are different types of earthing system mostly used. They are

This type of earthing is similar to pipe earthing, but a rod made of galvanized steel is used in this case. The rod used for this purpose is buried inside the earth at a certain depth. As it is of low resistive material, the short circuit current will be diverted to the ground safely. The rod earthing diagram is given the following figure. 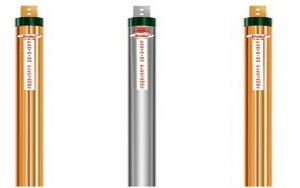 Difference Between Pipe and Plate Earthing

The basic difference between pipe and plate earthing is

Therefore, this is all about what is Earthing? It is basically done to protect ourselves from electric shocks. This article discusses an overview of the safety measures to be taken by connecting any equipment conductive surfaces to the Earth which is termed as Earthing. And also we have discussed why earthing is required, protective earthing, different types of earthing and the difference between them, and applications. Here is a question for you, what is the function of the pin-3 in a plug?