The armature is a part of the motor that plays an important role in its operation. It is wound with a number of coils around it that forms a magnetic circuit. This circuit is responsible for the production of flux which in turn develops the required torque. This is the reason why it is considered as the heart of any rotating device because it is the source for the production of flux in any machine. So, let us discuss in detail about the importance of armature in this article. In addition, we shall also discuss its function, method of controlling the speed, and applications. 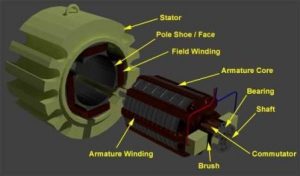 Parts of the core 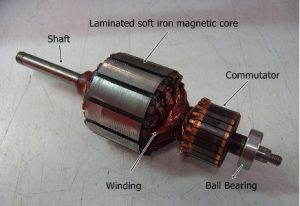 It produces a flux that is used for the development of power inside the machine such that the motor is able to rotate. The winding wound on the core is given current through a DC supply. This current-carrying winding as under the influence of the magnetic field develops a force that develops a rotational torque. This torque enables the machine to rotate. Similarly, in AC machines a stationary type is used that is given initially a three-phase supply. This current-carrying stationary winding develops a rotating magnetic field (RMF). This RMF interacts with the stationary field winding flux and develops a torque to rotate the rotor.

It produces flux that opposes the field produced by the main fielding. Due to this opposition, some effects will be produced. Those are the cross-magnetizing and de-magnetizing effects. One distorts the magnetic field and the other weakens the magnetic field. These oppositions can be overcome by means of using either compensating winding or interpoles. 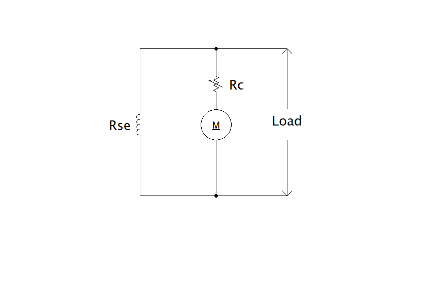 Thus, in this article, we had an overview of what is an armature. It is simply a power generating device used inside the machine for the production of rotating torque. Apart from this, we had also studied its definition, function, how to control its speed, and its applications. Here is a question for the readers, what is the use of commutator in any machine?