You are here: Home / Basics / Ferranti Effect in Transmission Lines

It is a general convention that in an electrical system, the current flow is always from higher concentration or potential area to that of lower concentration or potential area, for compensation which lies within the system. Practically, it is proven that the voltages at the transmission end are always greater to that of voltages at receiving end because of various line losses which depict the flow of current from supply to load.

The Occurrence of Ferranti Effect

The lines are having two major parameters i.e. inductance and capacitance. The parameters are considered specifically for those lines having a length of over 250km. These lines are not having capacitance concentrated at specific points but is distributed over entire line uniformly. By the time when voltages are applied at the transmission ends, the current is drawn through the capacitance of the line which is more than current which is associated with the load. Therefore in light load or no load conditions, the voltages at the receiving end are higher when compared to transmission end and details are also available at Ferranti effect ppt online.

Parameters of the Ferranti Effect

As already discussed in detail how and why Ferranti effect is occurring, following are some additional parameters which needed to be considered as well and can be found in Ferranti effect pdf resources.

Let’s see the procedure for Ferranti effect voltage calculation. For the calculation of equations of Ferranti effect, considering a large transmission line having an OE signifying a collection of voltages, OH is signifying flow of current across the capacitor at collection end. The FE is phasor which is signifying a decrease in voltage through resistance, FG is signifying a decrease in voltage through inductance, OG is also a phasor which is signifying voltages at transmission end in a no-load condition. The following is the circuitry model known as the PI model depicting the entire scenario at no load conditions. 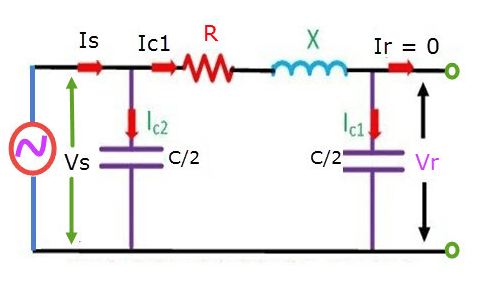 In the above PI model, OE is larger than OG and it can be stated that the voltage at reception end is greater than that of voltages at transmitting end and no load conditions are considered. The following is the Ferranti effect phasor diagram. 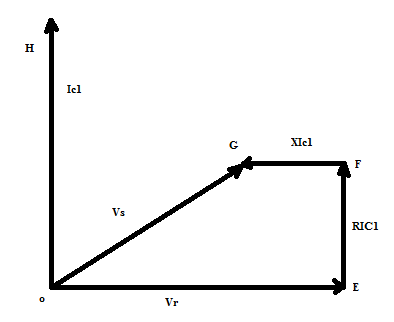 The equation for a small PI can be deduced as follows known as Ferranti effect equation. 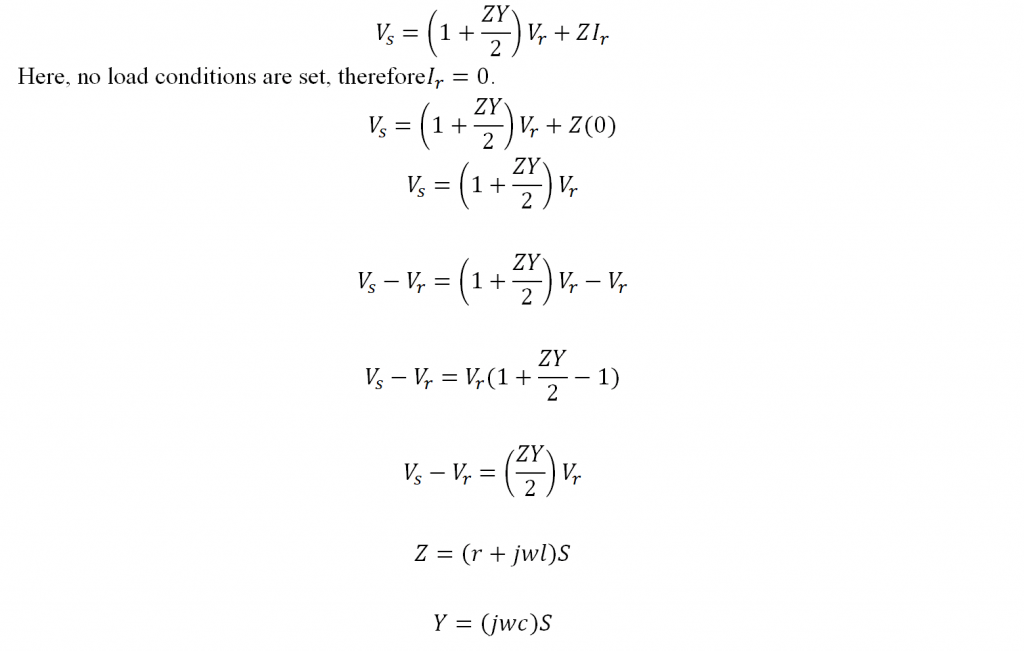 However in case if the resistance of transmission lines is neglected. 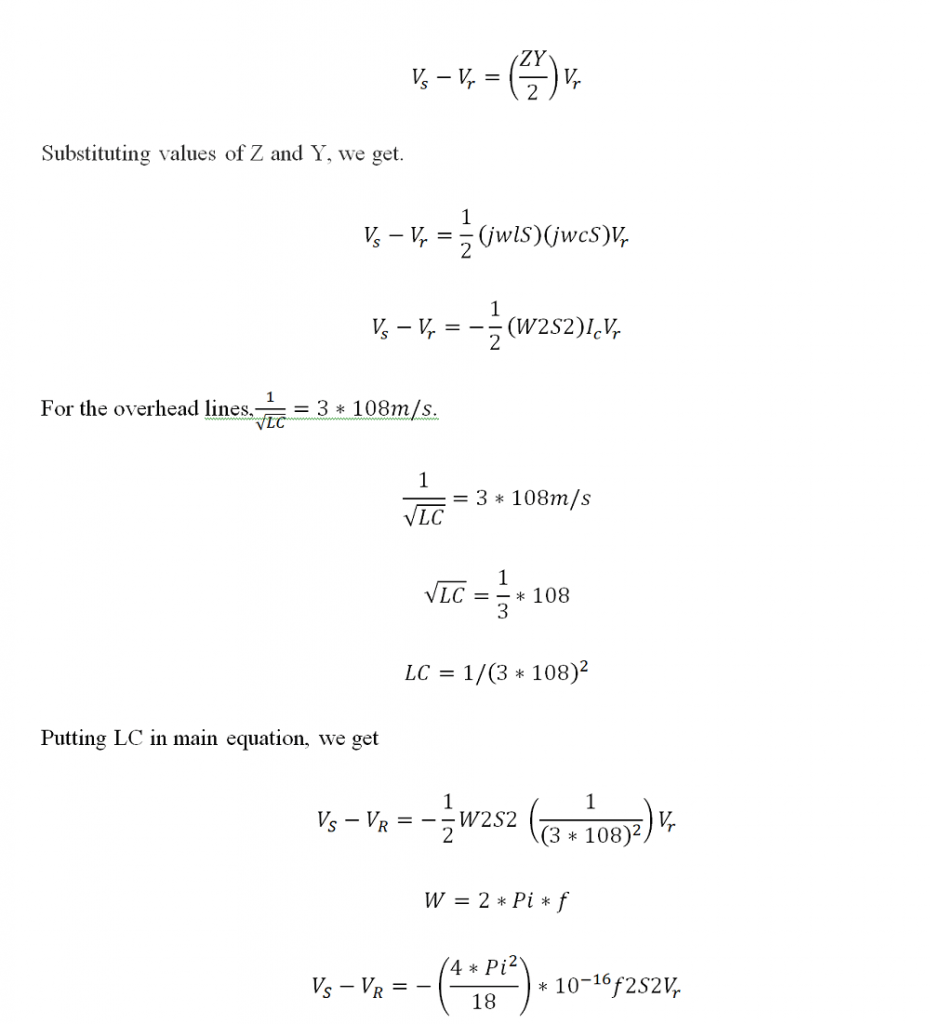 This equation is showing that is in negative value which means that the voltages at the receiving end are greater than that of transmission end. This is how the Ferranti effect calculation is undergone.