You are here: Home / Basics / What is a Memristor – Construction, Types, Benefits & Applications 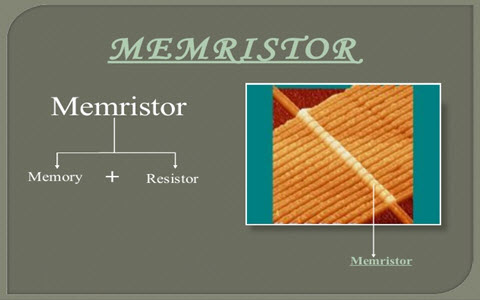 In the year 1971, the theory of memristic was developed by Professor “Leon Chua”. The behavior of the memristor was discovered by an ‘HP Lab Scientist’ while he was trying to find out cross bar switches. Memristor is a switch used to connect several inputs to several outputs in a matrix – that’s why it is also known as matrix switch. Professor Leon Chua had looked at the examples of resistor, capacitor & inductor – from which, he saw a missing component and named it as a memory resistor or memristor. The practical model of the memristor was advanced by Stanley in the year 2006. The memristor technology was developed several decades ago, but it got invented recently.

What is a Memristor ?

Until now, to design various electronic circuits, passive elements are used like resistors, capacitors, and inductors, but a fourth important element also occurs, which is named as “Memristor”. It is a semiconductor that connects a resistor, capacitor, and inductor to make a fourth new type of element whose resistance is named as memristance that differs as a function of flux and current. Memristance is a just charge dependent resistance and the unit of the Memristor is the Ohm. 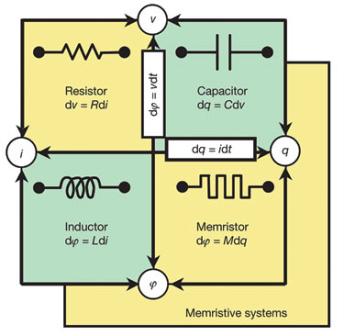 A physical memristor comprises a two-terminal device whose resistance depends on the polarity, magnitude, and also span of time of the voltage applied to it. When the voltage is switched off, then the resistance leftovers as it did just already it was turned off. This makes this device as a nonlinear, nonvolatile memory device.

The above showed two terminal memristor uses TiO2 (titanium dioxide) as the resistive material. Here TiO2 works better than the other materials like SiO2.Once a voltage is applied across the platinum electrodes, oxygen atoms in the material diffuse right or left, depending on the voltage polarity, which makes the solid thinner or thicker, thus producing a change in resistance.

Currently, Hewlett Packard’s (HP) type of the Titanium Dioxide substrate memristor is the most common, following types of a memristor, but the different types of memristor show there is an extensive range of systems that show memristive behavior.

The different types of memristors include the following.

Spin Based and Magnetic Memristive Systems

These types of systems, as different to molecular and ionic nanostructure based systems, depending on the property of degree of freedom in electron rotation. In this type of systems, electron spin division is changed, generally through the movement of a magnetic field wall separating polarities, letting for hysteresis like actions to occur.

As a first outer from the 1960s, an innovative technology of Electroplating was used to determine the capability of a nonsolid state, three terminal memristors by Bernard Widrow at Stanford. The conductance was defined as being controlled by the time integral of current. Stimulating to note here is the investigation was part of a higher research project into the mathematics of initial neural network modeling. The Adaptive Linear Element of Widrow is a single coat neural network based on the McCulloch-Pitts neuron and displays that even in the initial days, the modeling of memristive systems was closely connected to neuronal learning algorithms.

The benefits of memristor technology include the following

A memristor is a two-terminal variable resistance device, which can be used in several applications like logic circuits, neuromorphic systems, and digital memory. 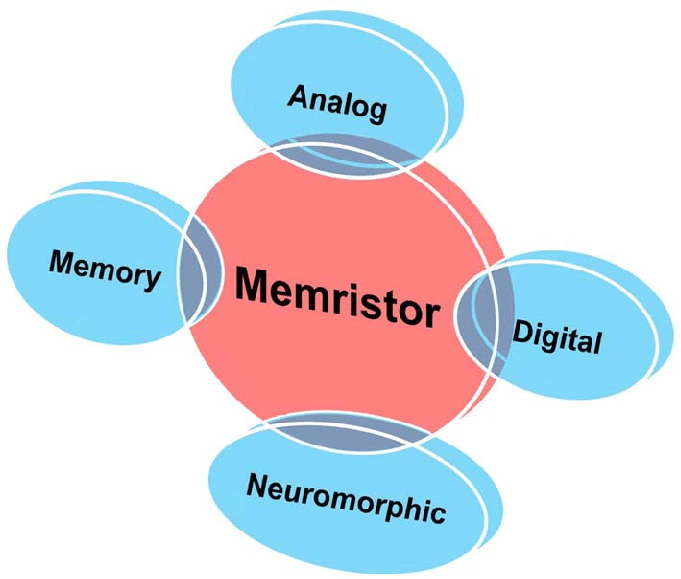 The most noticeable application of a memristor is a memory.It can store a single bit of data in DRAM – where the capacitors are reestablished with memristors. When equated to DRAM and SRAM, this type of memory has numerous benefits such as– it is non-volatile; it shows good scalability, and it has no outflow power. This sort of memory is higher to flash memory in terms of speed and scalability.

Memristors work similarly well like the biological synapses. This feature makes good construction blocks in neuromorphic systems, where the formation of synapses and neurons can be done as electronic systems. This type of memory has numerous benefits when we equate it with the DRAM and SRAM.

Thus, in the future, these can be used to do digital logic with the help of implication instead of NAND. Though the number of memristors has been built, still there are several more to be achieved. The information given in this article is simple, brief and true. We hope that you might have got an idea about the types of memristors. Furthermore, for any help regarding memristor technology, please give your feedback, suggestions, comments by commenting in the comment section below.