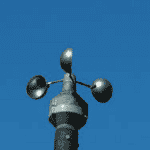 The development of the anemometer happened in the year 15th century. In the year 1450, Leon Alberti was the person who developed the initial mechanical kind of anemometer. Later on, in the next centuries, many others along with Robert Hooke invented their own styles where few of them were wrongly acclaimed as inventors. Whereas during the period 1846, John Romney enhanced the initial version of it using mechanical wheels and hemispherical cups. Then, a … END_OF_DOCUMENT_TOKEN_TO_BE_REPLACED