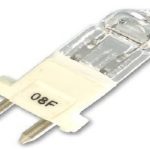 In the initial period of 1856, discharge tubes came into existence, but discharge lamps existed in the market in the 1930s. Initially, a French scientist Jean Picard noticed that barren space in the mercury barometer shined as the mercury wiggled when he was carrying it. Many researchers along with Francis Hauksbee attempted to know the actual phenomenon behind it. Francis initially showed a discharge lamp in the year 1705. He demonstrated that either … END_OF_DOCUMENT_TOKEN_TO_BE_REPLACED