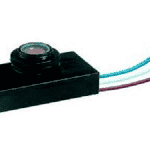 In the year 1883, the inventor from America namely Charles Fritts developed a functional photoelectric cell. In the same year, Paul an engineer from Germany utilized the photocell in his observation called Nipkow’s disk. This is the instrument that takes images by measuring the object’s bright and dark locations and convert those into impulses in electrical form. The pre-invention of the modern-day photocell was developed by Hans and Elster by giving … END_OF_DOCUMENT_TOKEN_TO_BE_REPLACED