You are here: Home / Basics / What is a Polarity Test – Importance, Testing Methods

Normally, when a flow of current is there in a conductor then there is always a query whether it is a neutral otherwise a phase. For this, an electric tester is used to check the wire. For instance, when we check the two terminals of the batteries, one acts like a positive and the other one works like a negative terminal. It is known as a DC supply. But here, the flow of current includes only single way which does not rotate. In AC supply, the direction of current is reversed for each cycle because the current direction is not constant here. Hence, for the operation of any device polarities of its terminals must be known for proper connections. For example, if proper connections are not made in a house without undergoing a polarity test, it may result in a short-circuit. So, to avoid such instances, we conduct a polarity test for every device before its operation.

What is the Polarity Test? 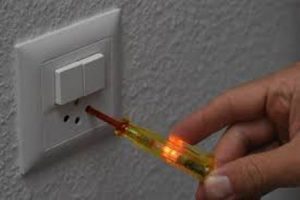 Why do a Polarity Test?

The importance of the polarity test is that by knowing the polarity of different windings we can be able to avoid short-circuits while parallelly operating the transformers.

The voltage at different terminals is found by a multimeter. The multimeter has two probes I,e Red and black. The red probe is inserted to the Line and the other to the neutral if the pointer shows any deflection we can conclude it as a Line (L). If not check by connecting the probes to the other terminals one after the other and observe the deflection. The multimeter type method of finding the polarity is shown in the figure below. 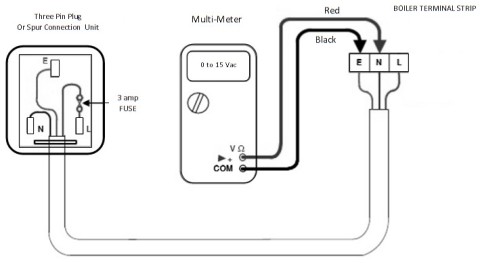 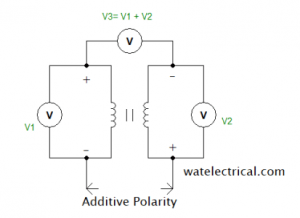 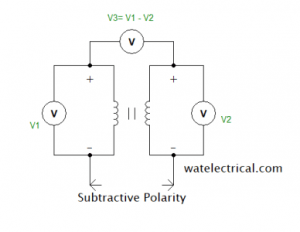 Practical Procedure for Testing of Transformer

Apparatus required for the practical testing of the transformer are auto-transformer, voltmeters, and a transformer. 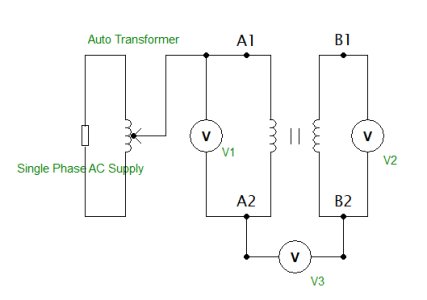 Polarity check of lighting circuit is done by using a Megger. While using megger, check its working condition by shorting both the probes of megger it denotes zero resistance as it is shorted. The internal resistance of the winding should be high in the case of proper working.

For Testing Lighting circuit, connect one probe to the one end of the bulb and the other probe is connected to the Line with switch (SW) kept open. The pointer of megger deflects to the high resistance valve with SW OFF.

If the switch SW is ON, then the pointer of megger shows less resistance value. From this, we can conclude that the polarity of the lighting circuit is correct.

If the polarity is not correct the pointer shows zero resistance from which we can understand that there is a mistake in the connection circuit.

Thus, we can conclude that the polarity test is conducted to protect any device from misconnections which may lead to the damage of the equipment. In this article, we have discussed what is a polarity test, importance, methods used to test polarity. Here is a question for the readers, what is the difference between additive and subtractive polarity?