You are here: Home / Electrical Measurements / What is a Megger Test? Working Principle, Types and Applications

The name Megaohm meter is classified further into the name Megger. This test is useful for the testing of internal cable resistance. This is one of the famous methods used for the testing of resistance and it was first introduced in 1903. This test is intended for use to detect the condition of the winding inside the instrument. By knowing the resistance value, we can opt for suitable safety precautions to be taken for the device in order not to get damaged. So, in this article, the detailed information regarding the performance of megger and different types that have been classified for the performance improvement has been discussed. In addition to these uses of this test, the working principle, operation procedure, types, and applications have also been discussed.

What is the Megger Test? 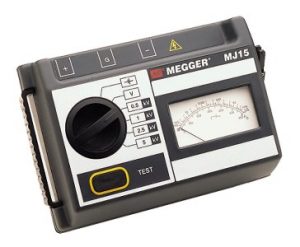 What is the Use of Insulation Resistance?

It works on the principle of electromagnetic attraction. When a current-carrying primary coil is placed under the influence of a magnetic field it experiences a force. This force produces a torque that is used to deflect the pointer of the device which gives some reading.

The following steps are involved in the process of testing the IR value of the winding of a motor. The windings of the motor are classified as Red (R), blue (B), and Yellow (Y), and body (in the absence of neutral) or neutral (N). The following figure gives an idea of how the probes of a megger look like. 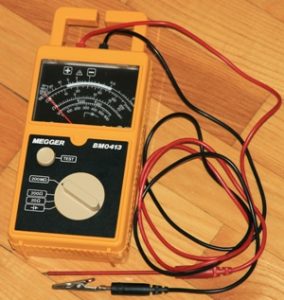 Insert the measuring wires having probes, in the ports of Megger. It has two ports one is a Line and the other is a ground. Apart from these two, there is a push-button which acts as an insulation test. The figure below gives an idea of how IR testing by megger is conducted. 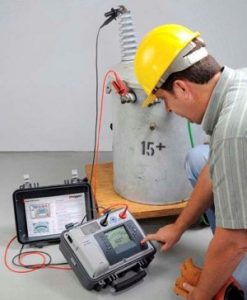 Connect the probes of Megger one to the Line I,e (R) and the other to the ground. After connecting press the insulation test push button. Then, the megger should indicate infinite IR value, if there is no problem. If it indicates Zero, then we can come to the conclusion that the IR cannot withstand heavy currents.

Repeat the process connecting the probes to the other Lines I,e (B) and then (Y). Check the value of IR value so that we can know whether the winding IR is good or not.

What if IR value is Infinite or Zero

When the probes of megger are connected to two different windings then if the IR value indicated is Infinite then the insulation resistance of the winding is sufficient to oppose the heavy currents. How the measuring reading of IR value in a megger is represented in the figure below.

There are two types of Megger. They are 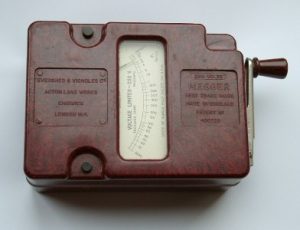 There won’t be any deflection in the instrument until and unless the probes of the megger are connected to the windings. After the connection of the probes to the windings, the emf induced in the primary coil also induces emf in the secondary coil such that due to the principle of electromagnetic attraction deflection takes place in the megger.

For the time being, electronic megger is introduced to overcome the disadvantages of the hand-driven type. It has a digital meter and a monitor that displays the exact values. The electronic type megger is shown in the figure below. 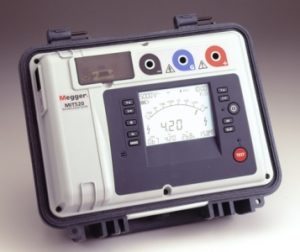 Thus, in this article, we had an overview of what is a megger test? and we conclude that it is a device that is used to test the insulation resistance of any equipment windings. Apart from this, we had also studied what is the use of this device? why insulation resistance is measured? procedure for finding IR value, types of megger instruments, advantages, disadvantages, and applications. Here is a question for the readers, what are the acceptable megger test values?