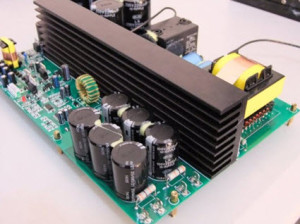 Electrical power supply became as a basic need in our day-to-day life, the power we are availing is 230V 50Hz AC supply. But, by using power electronics converter circuits this power can be converted into the required form and range. These converters are power electronics circuits which are further classified as step-down & step-up converters, voltage stabilizer circuit, AC to DC, DC to DC, DC to AC converter circuits and so on. Most of the microcontrollers which we frequently use in designing electronics projects require a 5V DC supply, this 5V DC can be obtained from available 230V AC supply by using AC to DC converter in the power supply circuit.

There are different circuits that can be used for converting the available 230V AC power to 5V DC power using various techniques. Generally, the step-down converters can be defined as converters with output voltage less than the input voltage. Let us discuss about AC to DC converter (here considering a frequently used converter in the power supply circuit, 230V AC to 5V DC converter) and its working in detail.

1. Stepping down the Voltage Levels 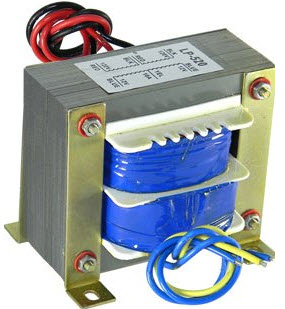 Primarily, the 230V AC power is stepped-down to 12V AC (12V RMS value of which the peak value is 17V approximately), but 5V DC is the required power. So, this stepped-down output 17V AC power has to be converted into DC power and then it is to be stepped down to 5V DC. AC to DC converter namely rectifier is used for converting the 17V AC into DC and there are different types of rectifiers, such as half-wave, full-wave, and bridge rectifiers. Bridge rectifier is mostly preferred compared to the half wave, full wave, and bridge rectifiers.

The rectifier which consists of four diodes and are connected in the form of bridge is called as a bridge rectifier. We know that, the diode conducts only in one direction (during forward bias only), remains in off state in another direction (during reverse bias). Diode generally are uncontrolled i.e., whenever the anode voltage becomes greater than the cathode, then it starts conduction until anode voltage becomes less than the cathode. Hence, diodes are termed as  uncontrolled rectifiers.

The 15V DC can be regulated into 5V DC using a step-down converter, but before this, it is required to obtain pure DC power. The pure DC power can be obtained from pulsating DC using filter circuit (L-filter or C-filter or RC-coupled filter can be used to remove the ripples). The C-filter is frequently used for smoothing purposes.

The above figure represents the block diagram of IC7805 DC voltage regulator, it consists of an operating amplifier that acts as an error amplifier, zener diode which used to provide voltage reference, as shown in the below figure.

The series pass element (transistor) is used to dissipate extra energy as heat and heat sink can be used for thermal protection.

Do you know how to design an AC to DC converter without using transformer? Then, post your answers in the comments section below.