You are here: Home / Basics / Electrical Fuse Types and Their Uses

In 1860, the lighting equipment, as well as telegraphs, are protected using an electrical wire which is named as an electrical fuse. The first fuse was discovered by a scientist namely “Thomas Edison”. In an electric distribution system, the fuse is one kind of part. It is a safeguard device and it is used where a low melting thin material point is used. It works as a protective device when an extra current beyond its allowable value is flown. The operation of fuse dependent on inverse-time characteristics, larger the current more instantly the fuse will blow off.

What is an Electrical Fuse?

An Electrical fuse is a protective device that uses a thin material inside it, which melts in the case of power failure. Thus, it protects the equipment from a huge current.

Material Requirements for an Electrical Fuse

Selection of an Electrical Fuse

The selection of fuse plays an important role in power systems. Depending upon the rated voltage, maximum current rupturing capacity and rated current suitable fuse is selected. The placement of fuse should also be considered for reliably protecting any section or element of an electrical circuit.

Construction of an Electrical Fuse

Working of an Electrical Fuse

Fuses classified mainly into two types. They are

The classification of fuses is explained by a flow chart which is shown below.

DC fuses are of large size and require more maintenance. They operate for a constant voltage and due to this there will be arcing inside the DC fuses. This drawback will be overcome by the introduction of AC fuses.

AC fuses are of small size and require less maintenance compared to DC fuses. They operate by the alternating voltage with a varying frequency of 50 cycles per second. AC and DC fuses are further classified into HV and LV fuses.

HRC means High rupturing capacity fuse. At the time of the fault, it disconnects the circuit very fast.

The other name for rewirable fuse is Kit-kat fuse. It consists of two parts namely one is a base and the other is a fuse carries made of porcelain. The base is fixed and is connected to the line. The fuse carrier consists of a fuse element which is of a thin material that gets heated and melts when abnormal current flows through it. These are operated up to 500A for small loads. The rewirable fuse diagrammatical representation is shown below. 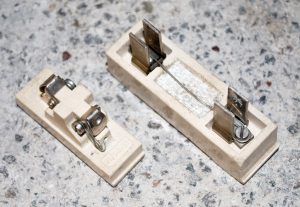 Switch fuse is used for small and medium level voltage purposes. It acts as a switching device for the domestic householders whenever a fault has occurred. It trips the circuit and protects the equipment from damage. 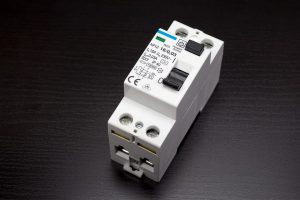 In striker fuse, the striker is a pin which is used as an external tripping circuit. This pin is extended out from the fuse base which acts as an external indicator.

Drop-out fuse normally called DO fuse. These are used for the protection of the transmission lines and are operated at 11KV,22KV, and 33KV voltages and up to 1200 A ratings. The drop-out fuse diagram is illustrated below. 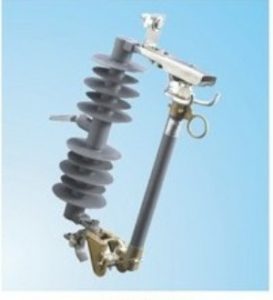 In D-type, the fuse element will be inside the cartridge surrounded by two metal end caps. D type cartridge fuse is illustrated below. 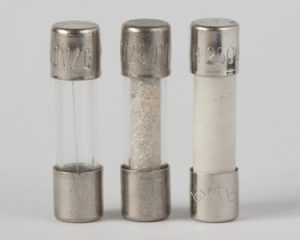 Link-type fuse is classified as a blade and bolted types

Blade and bolted type are also considered as plug-in type fuses. These fuses consist of a plastic body from which two metal blades will be used as contacts for the operation. Blade type fuse image is displayed below. 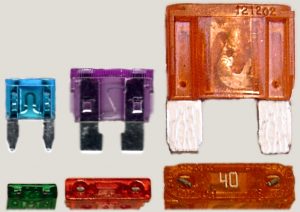 Construction of a Knife-blade Type Fuse 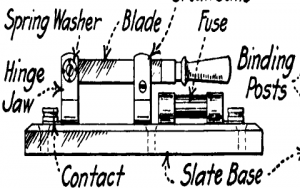 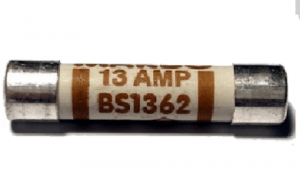 Thus, this article gives a brief information about what is a fuse, material required for fuse, selection of fuse, its operation, working and types of fuses. Here is a question for you, what is the application of knife type fuse?