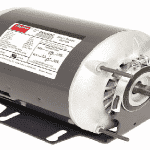 The development of induction motors took place by a French scientist named Francois. He was the person who formulated the presence of revolving magnetic fields which are called Arago’s rotations and this happened in the year 1824. Whereas during the period 1879, Walter Bailey exhibited the same principle through manually switching ON and OFF which is successfully called the initial primitive induction motor. And the first single-phase AC type of induction … END_OF_DOCUMENT_TOKEN_TO_BE_REPLACED