What is Armature Winding

Definition: It is a type of winding that is housed in the slots of core and is responsible for the production of flux. The produced flux opposes the developed main field flux known as an armature reaction.

Pole pitch is 180 electrical degrees and can also be expressed in terms slots, coil sides.

The separation between the top and bottom sides of a coil is called Coil span.

The Separation between the top and bottom sides of a coil is known as back pitch and is represented by (Yb).

It is the separation between the two coil sides which are attached to the commutator segment of the relevant coil side and is represented by (Yf).

It is the separation between the commutator segments to which two ends of the relevant coil is connected. It is represented by (Yc).

The back pitch, front pitch, winding pitch, and commutator pitch are shown in the lap and wave connection diagrams.

The winding of the machine is classified into two types.  They are closed type winding and Open type winding. The classification of winding is shown in the figure below. 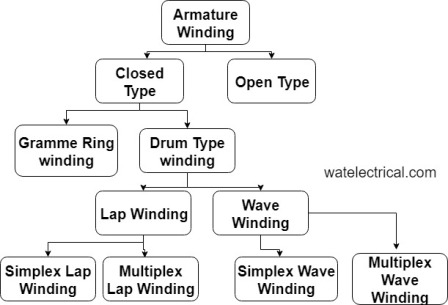 The open type winding is further classified as

Gramme type winding is shown in the figure below. 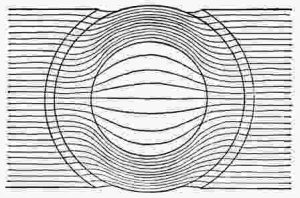 Drum type winding is shown in the figure below. 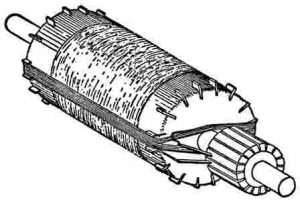 The Drum type winding is further classified as

The Lap winding is classified as simplex lap and multiplex lap winding.

The wave winding is further classified as the simplex wave and multiplex winding.

Open type of winding is that it is not closed at one end. These are used in AC machines like induction machines and synchronous machines.

In gramme type of winding, the emf will be induced in some portion of the winding the rest of the portion is left inactive. Due to this, there is a more non-conductive region in the gramme winding which is a disadvantage. Both the cost and weight of the machine increases due to the unnecessary non-functioning region. The figure which represents the gramme winding is shown in the figure below.

In drum-type winding, the whole part of the winding is conductive except at the end connections. As there is a more active length of the copper, the effective utilization of the copper is also more.

In lap winding, the ending of one coil has connected the beginning end of the succeeding coil through commutator which is under the same pole. It is used for high current and low voltage applications. The figure which explains the lap winding is shown in the figure below. 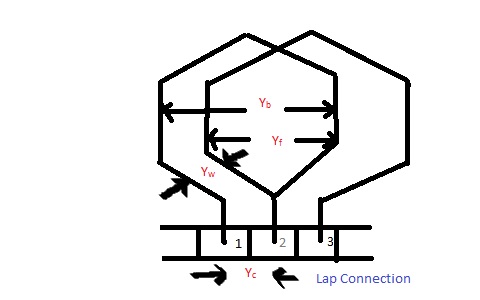 In the case of lap connection, all the slots are completely filled. So, it is called a complete winding.

As winding moves from left to right when observed from the commutator point of view is called simplex progressive winding. In progressive lap winding, Yb > Yf

In wave winding, the last coil is attached to the beginning end of the succeeding coil through a commutator which is under the beside pole. It is used for high voltage and low current applications. The figure which explains the wave winding is shown in the figure below. 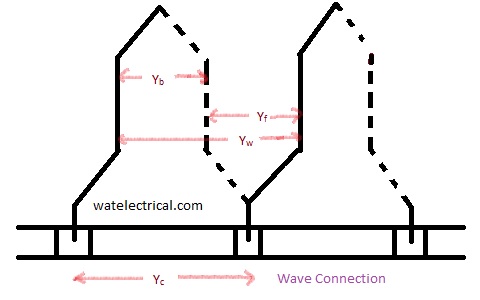 In the case of wave winding, some slots are not filled completely. This causes some mechanical imbalance in the rotor. The life of the machine decreases due to this imbalance. So, in order to overcome this problem, the empty slots are filled by some dummy coils.

The dummy coils provide mechanical support to the rotor. These are also called dead coils. No energy conversion takes place inside the dummy coils and these are not connected to the commutator.

The tabular form of representation of the difference between the lap and wave winding is shown below.

Thus, in this article, we had an overview of a winding. It is a type of winding that is employed in the slots of core and is responsible for the production of flux. This flux opposes the main field flux such that reaction takes place which is further used for the production of torque. Apart from this, we have also studied the different types of armature windings, lap and wave winding, and applications. Here is a question for the readers, what is the difference between a lap winding and a wave winding?