You are here: Home / Electrical Circuits / Electrical / What is Carbon Composition Resistor : Construction & Its Working

The carbon composition resistor is the most fundamental and crucial electronic component which is extensively used in every circuit across electrical and electronic domains. There are various types of resistors that operate based on functionality, requirement, and design. They may range from minimal surface-mounted chip resistors to huge wire wounded power resistors.

Even there exist various kinds of resistors which are constructed in multiple forms due to their specific features and performance they exhibit for various applications and the one type of resistor which we are going to discuss today in this article is “Carbon Composition Resistor”. Here, we are going to discuss its design, formula, design, specifications, and applications.

What is Carbon Composition Resistor? 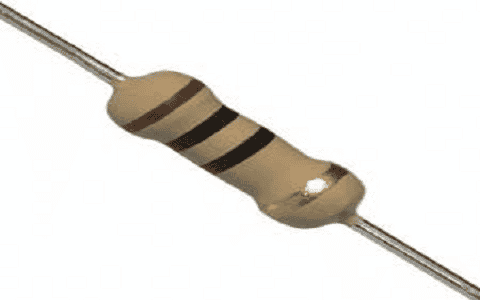 This resistor is a combination of carbon particles, ceramic dirt which is amalgamated with a supporting element called clay and graphite. This combination is considered with high temperature and pressure levels. After the entire mixture is transferred into a case, the leads are corrected. The thermal mass of this resistor is more in order to hold the ability for tolerating a high rate of energy pulses. Also, these resistors posse’s minimal stability and high noise levels which is considered as one drawback.

In the carbon composition resistor construction, the important resistive substance is constructed with a combination of powdered or crushed carbon particles and an insulating substance which is generally made of ceramic, and a resin substance that is combined mixed. The prepared mixture is then fed into small rods and kept under heat. After the preparation of carbon rods, leads are added which is achieved by pushing the leads into both the rod ends. This can also be done through metal-made caps that are added to the leads through wires.

The rods are burnt and in the next phase, the coating is done to the rods due to the reason that the rods are very permeable and might consume moisture, grease, and dust where these might change the performance of the resistor. Whereas in the case of few resistors, they will not have coatings and those are generally the ceramic cylindrical coated type of resistors.

The carbon composition resistor symbol is shown as below:

The resistance value of the device is altered by modifying the graphite mixture composition in the rods or by broadening the length. The power dissipation ability can be enhanced by extending the width of the rods, even though this width extension lessens the resistance of the provided mixture.

In addition, in the case of construction tolerating ability, it was very sophisticated to construct them with the specified values. Mostly, the tolerance abilities were in the range of ±20%, ±10% and ±5% type of tolerances were also available.

As already discussed, CCRs are widely used in many applications in the electronic and electric domains. The crucial carbon composition resistor function is to oppose or minimize the additional current flow in the electric circuit. This resistor lessens any kind of abrupt voltage increments, lightning spikes raised because of a high level of voltage power levels.

There are mainly three aspects that show the effect on the resistor performance and those factors are:

CCRs that were dated from the initial 20th century were uninsulated bodies. The leads of the resistor were covered throughout the edges of the element and were soldered. The soldered resistor will be then color painted so that it represents the color-coding in the resistor. Whereas the subsequent styles of CCRs were constructed with a ceramic material to safeguard them. These are the most preferred type of resistors which were mostly employed in tube radios and older valves.

In the CCR, there are two kinds of color-coding which are: 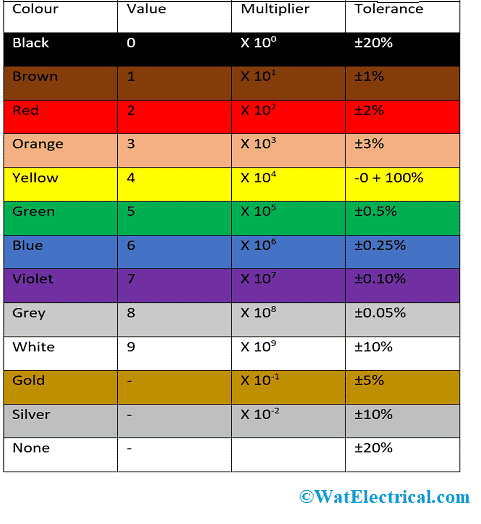 The general type of color-coding consists of 4 color bands and is mainly used in generally applicable resistors which have the tolerance ability of ±5%. The first two color bands correspond to resistance’s numerical part where the third band represents multiplier, and the fourth band represents tolerance.

A few of the typical carbon composition resistor specifications are explained below:

The advantages of carbon composition resistor are:

The disadvantages of carbon composition resistor are:

The applications of a CCR device are:

Even though the manufacturing of carbon composition resistors is comparatively uncomplicated and has been established for many years, the minimal usage corresponds that they are more of a high-quality item and they cost more than other types, even if they are still comparatively less expensive. In addition to this information, know how to write down the value of the carbon composition resistor through its color-coding?