You are here: Home / Basics / What are Electrical Conductors : Types and Their Properties

In the period of the 18th and 19th centuries, the concept of electrical conduction took place. And in the scope of electrical and physical engineering, conductors are most necessary to generate the current flow. The concepts of conductors, insulators and electric field came up with the thoughts and experiments done by many scientists and the person who stood behind the invention of these was Stephen Gray in the year 1734. From then the theories such as electrical conduction, metal conductivity, and the classification of conductors were known. So, let’s discuss on the conductor’s concepts and its principle.

What is an Electrical Conductor?

The conductor is a kind of metal that allows the electricity flow through them. The metals which allow electrical conductivity through them are termed as conductors and those are aluminum, copper and few other alloys. With the application of potential differences between the atoms, electrical charge flows across them. Metals are considered as conductors depending on various parameters like atmospheric conditions, tensile strength, conductivity, fatigue strength, and many others. The surface of the conductors have free electrons that allow for the passage of current and so these hold the ability to generate electricity.

And the conductors that are utilized for power broadcastings are typically stranded and these have great mechanical strength and flexibility. In general, in these stranded conductors the center wire is enclosed by many wire layers and the layers might vary in the range of 6 -24 wires and others. While the conductor size is known by the corresponding cross-sectional area of copper, dimensions of every strand.

As we know that conductors consist of either movable or non-static electrical charges and the electric current is termed as a flow of electrically charges elements. So, when there is a current movement in the conductor, it has a movement like that of free electrons in the metal. So, let’s move ahead to the discussion of electrons movement in conductors. 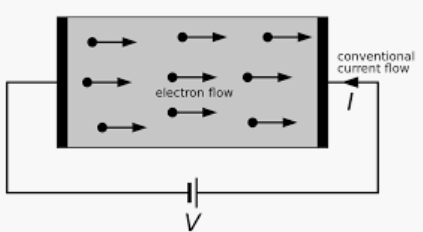 Though there is no smooth movement because electrons and lattice ions have a collision with each other where the ion is the final achiever in gaining energy. Electrons energy loss while collision and their speed increment by the electric field, at last, show the result of electron flow only in one direction.

So, electron movement is so the composition of movement due to indiscriminate collisions. When the entire free electrons are considered, their arbitrary movement is null, and they hold no influence in the drift movement. So drift movement is only because of electric field generation in the electrons. The electrical conductor diagram is shown as

How a Conductor Conducts Current?

Depending on the structure of positive metal ions, there exist metallic bonds in the conductors and the entire structures are covered by an electron cloud. When there is a potential difference at both the edges, then the electrons gain sufficient energy to deliver from lesser energy to superior energy in the conduction band opposing the minute resistance given by the conductor material. So that current direction is in opposition to that of electrons movement. 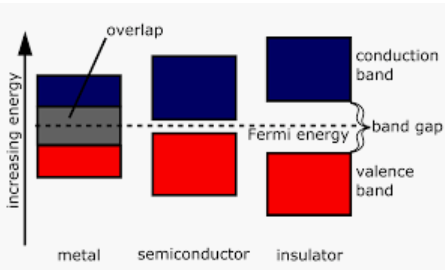 The most common types of electrical conductors employed for electricity generation are steel-cored aluminum, hard-drawn copper and hard-drawn aluminum. Few of the types to be discussed are as follows:

Theses type of conductors has increased tensile capacity, more scrap values and the long period of life. These are mostly employed for distribution operations those work with bridges and tappings. 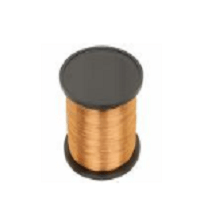 These conductors have increased tensile strength. They are implemented for the operations which need more life span and where there is minimal load. In those situations, steel conductors are substituted with steel core conductors to manage additional loads. These have more resistance; voltage decline and more inductance too.

Depending on the coating material, there are various kinds of conductors and those are:

And based in the metals used, the types are

The properties of the electrical conductor to go with good current movement are as below:

Electrical conductors are typical with minimal resistance to go with a good flow of current. A perfect conductor has ‘0’ conductance. In practical, the resistivity differs from minimum to maximum value. Conductors which have less resistance and high conductance are mostly employed for transmission lines, earth wirings and electrical machines.

Inside a good conductor, the electric field is ‘0’. This creates acceleration in the electron, while in the equilibrium state electron’s net force is 0‘. This scenario allows conductors to be implemented for electrostatic protection for electrical apparatus.

1). What are the electrical conductors’ examples?

A few of the general examples of conductors are copper, silver, aluminum, and gold. The others are plastic, air, wood, and glass.

2). What is the best electrical conductor?

Silver is the best electrical conductor and the other elements after silver is copper and gold.

3). What is the most conductive element?

Silver is the most conductive element and then gold and copper as these have increased thermal conductivity.

The types of conductors are metals, semiconductors, and non-metals.

5). Is wood a good conductor of electricity?

Wood is not a good conductor of electricity.

So, to be a perfect electrical conductor it has to satisfy multiple properties such as conductance, resistance, and insulation. Also, conductivity is based on the shape, thickness, temperature, size and electrons energy. There are various kinds of conductors to be suitable for every range of requirements and every industry. Many of the metals have good conducting properties. This seems to be the rationale that why parts of applications that require to pass electricity are developed of metals. The plastic shielding which encloses an electrical conductor is termed to be an insulator. It avoids us from electric shocks. So, know more about which metals have good conducting properties and how they generate electricity?