During the period 1809, a scientist named Samuel Thomas invented the first electrolytic relay which was a part of his electrochemical telegraph development. Later on, Joseph Henry, an American inventor asserted to have a relay invention in the year 1835 which was the improvised version of the electrical telegraph that was invented in 1831. But the relay which was currently in use today was designed by Samuel Morse in the year 1840. The mechanism of this … END_OF_DOCUMENT_TOKEN_TO_BE_REPLACED 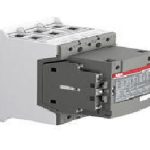 All equipment has a limit to their operating range, a crane that is meant to lift 10 tones cannot lift 20 tones and if we try to do it, it will not only be unsafe, it will damage the crane itself. This analogy can exactly be applied to electrical equipment. Every electrical equipment is designed to specified load (current) and any overloading will meet the same fate as the crane. A tendency to increase output unknowingly increases the load beyond its … END_OF_DOCUMENT_TOKEN_TO_BE_REPLACED