You are here: Home / Electrical Circuits / Electrical / What is Distance Relay : Theory & Its Characteristics

During the period 1809, a scientist named Samuel Thomas invented the first electrolytic relay which was a part of his electrochemical telegraph development. Later on, Joseph Henry, an American inventor asserted to have a relay invention in the year 1835 which was the improvised version of the electrical telegraph that was invented in 1831. But the relay which was currently in use today was designed by Samuel Morse in the year 1840. The mechanism of this device was similar to a digital amplifier, reiterating the signal and so permitting the signal which has to be propagated to the desired distance. And now, the one most prominent type of relay which was more in implementation is Distance Relay. This article is going to explain distance relay operation, design, types, advantages, and applications.

What is Distance Relay?

Distance relay is also termed as impedance or distance protection relay where the device operation is based on the distance that is between the impedance of the defective section to the position where the relay is located. This is considered a voltage-managed device. The relay is used for the measurement of impedance at the defective location when the value of impedance is minimal than the impedance value of the relay setting. When this happens, the device alerts the circuit breaker to close the contacts bypassing the tripping command.

This distance relay persistently supervises the line current and voltage flow through PT and CT correspondingly. When the proportional voltage of voltage and current is minimal, then it indicates the relay is functioning. The distance relay diagram is shown below: As there arise more complications in power systems and fault current differs as per the variations in generation and system configuration, direct overcurrent type of relays are somewhat problematic in resolving these issues. Whereas distance relay setting is persistent across various changes outside the protected line.

This is the fundamental distance relay theory.

The distance relay principle can be explained in two conditions:

Normal Condition – Here, the restoring torque is maximum than that of deflecting torque. So, the relay will not function.

Defective Condition – Here, the current value is more when compared with voltage. Therefore,

In this condition, the movable parts of the relay initiate to move until it becomes “No contact” of the relay. So, the operation of distance relay is dependent on the ratio of the system’s voltage to current. As the result of the calculated ratio is an impedance value, the device is so termed as impedance relay.

The functionality of the relay is based on the predetermined value of the ratio between voltage and current which is impedance. The device only functions when the calculated ratio is minimal than the predetermined value. So, it is stated that relay functionality takes place only when the line impedance is < predetermined impedance. When the transmission line’s impedance has a direct relation to the length, then it can be easily stated that distance relay only functions when defect takes place within the specified line length or distance.

A distance protection relay is mainly categorized into the below types which are:

Let us have a detailed analysis of each of these relays.

This is a type of balance beam relay where on the end of the beam is located in a horizontal position and this is backed by a hinge and the other end of the beam is dragged downwards by the magnetic force that exists in the coil that is fed from PT connected in series to the line. The torque generated by the downward forces allows the beam to be at an equilibrium state. The torque produced because of voltage coil operates as restraining torque and the torque produced because of current coil operates as deflecting torque.

In normal condition, restraining torque > deflecting torque, so the contacts stay to be open. Whereas, if there arises any defect in the feeder, then the feeder voltage reduces, and the current value increases. This creates impedance < predetermined value. So, the current coil pulls the beam strongly than that of the voltage coil which makes the beam to tilt towards relay contacts and causes the relay to trip.

This type of relay automatically corrects the operating time based on the relay distance from the defective position. The operation of this relay is not dependent on voltage to the current ratio which corresponds to that

This type of relay is included with a current-driven component such as a double winding type of induction overcurrent relay. The spindle which carries the disc has a connection with it through a spiral spring where it has coupled with 2nd spindle that carries the bridging component of the relay contacts. In general, the bridge is in an open position through an armature that is held in opposition to the pole face which is excited by the circuit’s voltage to safeguard it.

This is the most widely implemented type of distance relay. This is considered as a tripping relay in the case of pilot patterns and considered as a backup relay in the case of distance patterns. The feature of this device is that it crosses over origin in the R-X plot and so it is directional. While in the electromechanical structure, the plot is circular and solid-state structure, the shape of the plot represents transmission line impedance.

This relay is a straight-line featured distance relay that reacts only to the protected line’s reactance. It is non-directional and utilized as a supplement to admittance relay such as tripping relay. This makes the entire circuit’s safety to be independent of resistance. This is solely employed for short lines where the defective arc resistance is of a similar order of line length’s magnitude.

In addition to this, the distance relay functional characteristics can be explained through the R-X plane. Consider the line’s impedance is the circle’s radius where ‘X’ is the phase angle and ‘R’ is the vector position. 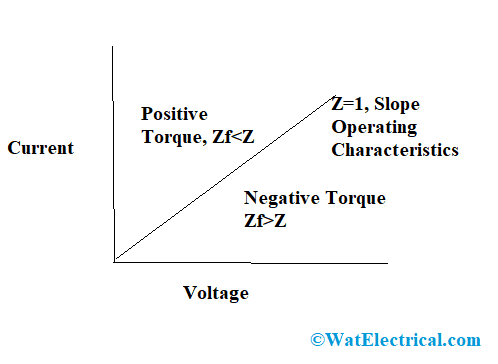 Below is the picture that shows 7SA522. 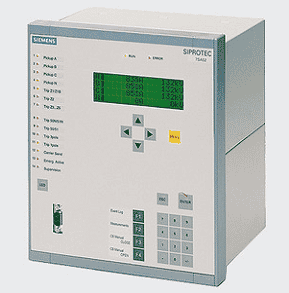 The below tabular column depicts the modern type of distance protection relay and it has activities as follows:

Testing of the relay is necessary in order to analyze the performance of the protection relay, relay configuration, testing, installation, setup, and entire analysis of the device for better protection.

As distance relays are employed for multiple applications universally, their functional condition is based on the electrical quantity’s calculation such as current, voltage, assessment of impedance value for the defect which has direct proportion to the distance that is between the relay and the location where defect happens.

The distance relay testing procedure is explained as below:

In order to initiate testing for this device, a few of the observations to be considered are:

Also, the kind of power system used in the 400kV transmission line of the three-phase model and the three resistive loads (where two of those are operated at 9kV) has to function at 400kV. In addition to these, the other protection functional modes have to be switched OFF during testing the device. Check whether all the PT, CT, and transmission line connections are properly arranged.

The disadvantages of distance relay are:

The applications of impedance relay are:

So, this article has provided clear clarification on distance relay theory, working, types, advantages, applications, and drawbacks. Also, know what are the distance relay characteristics as per impedance comparison?