You are here: Home / Electrical Circuits / What is a Stagger Tuned Amplifier : Working & Its Applications

The basic and important theory that modern electronics are completely based on is Amplification. And the device which is utilized for the purpose of amplification is Amplifier. In the concept of amplifiers, the first practical device that was used is a triode vacuum tube in the year 1906 and this invention led to the discovery of amplifiers in 1912. And now, there are many classifications in amplifiers such as single tuned, double-tuned, and stagger tuned amplifiers. So, the concept that we are going to discuss today is the “Stagger Tuned Amplifier”. Let us know clearly about this amplifier derivation, definition, circuit, uses, and applications.

What is Stagger Tuned Amplifier?

Stagger tuned amplifiers are the one that is implemented to augment the complete frequency response of the tuned amplifiers. To deliver maximum flatness range all across the center frequency, these are developed. In the scenario of a double-tuned amplifier, it provides a bandwidth range of 3dB where this has deep sides and top as complete flat, but here the alignment is complicated. In order to stay back from this complication, two individual tuned amplifiers that have corresponding bandwidths with the resonant frequencies of these are altered.

Here, the bandwidth separation is equivalent to individual phase bandwidth. As because there happens to stagger for the two resonant frequencies, these are termed as staggered tuned amplifiers. The operation of these circuits can be represented using a rational function and so these are implemented to derive the crucial filter responses like Chebyshev and even Butterworth filters. As because of amplifier buffering in between each phase, the circuit poles are so streamlined to accomplish necessary response levels.

·       Stagger tuning procedure holds multiple benefits than that of others such as it places entire tuning elements in one combined filter. This scheme seems to be completely variant from coupled resonators and ladder networks.

·       Tuning of the circuit can be achieved easily. All the components placed in the circuit might not be ideal for the other.

·       As each LC section has a direct operation with a resistor, this lessens the Q factor and so any kind of losses happening in L and C elements will be eliminated by the resistor. Cascaded designs generally need a high level of Q factor resonators. In addition, Stagger tuned schemes will be included with resonator devices that have nearby values. So, the extendibility of the component values in this amplifier is minimum than compared with combined circuits. 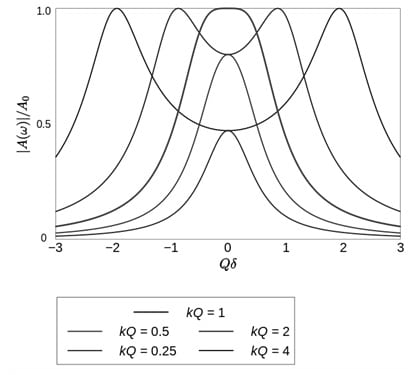 The effective gain of the single tuned amplifier is

With these resonant frequencies of two stages, the selectivity can be represented as

So, the complete gain of the stagger tuned amplifier is the product of individual frequencies and it is

By inserting the value of X in the above equation, we get

Finally, the overall gain is

There are various benefits of using stagger tuned amplifiers

Mostly, stagger tuned amplifiers are utilized in wideband applications. In the past, these circuits are used in TV receiver IF amplifiers, and currently, in the place of those SAW filters are used. Even this kind of staggered tuning has applications in very large integrated circuits for the purpose of radio applications like wireless local area networks.

The minimal extendibility of component standards allows these circuits to be seamlessly used integrated circuits than compared with that of customary ladder circuits. Used in Y-amplifiers those are working with oscilloscopes.