You are here: Home / Basics / Electrical Components used in Electronics and Electrical Projects

Types of Electrical Components with Symbols :

A resistor is an electrical component that regulates or restricts the flow of an electrical current in a circuit. This can also be used to provide a specific voltage to a transistor. When current flows through the resistor, the electrical energy is absorbed by the resistor and dissipated in the form of heat. Resistors may have fixed or variable resistances and they can be found in photo resistors, thermistors, trimmers, varistors, humistors and potentiometers. The current through a resistor is directly proportional to the voltage across the resistor’s terminals. The relationship is represented by Ohm’s law 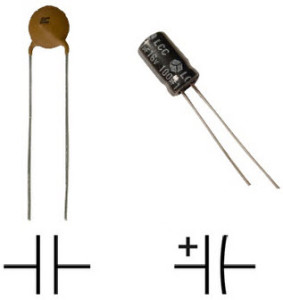 A capacitor is a two terminal linear passive component made from two conductive plates with an insulator between them. The function of a capacitor is that it stores electrical energy when an electric charge is forced on to its electrical conductors (plates) from a power source. A capacitor still maintains this charge even after getting disconnected from the power source. A capacitor is used with a resistor in a timing circuit and also can be used as a filter to block the DC signals, but allows AC signals.

The stored charge is Q=CV

Therefore, the current through a capacitor is I= C dv/dt

An inductor is a two-terminal passive electrical component, and it also called as a coil or reactor. The function of an inductor is that it stores electrical energy in the form of magnetic energy. Generally it consists of a conductor, usually wound into a coil. It works on the basic principle of Faraday’s law of inductance. When a current flows into the coil from the left to the right side, the coil generates a magnetic field in the clockwise direction. The inductance of the inductor is represented by L= (µ.K.N2.S)/I. 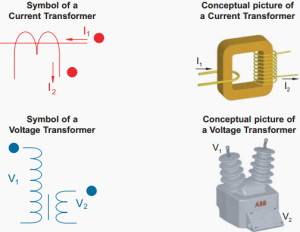 A transformer is an electrical device, wherein two coils of wire are linked by an iron core. Transformers provide much needed capability of changing the voltage and current levels easily. They are used to step-up (increase) or step-down (decrease) AC voltages. The working principle of a transformer is Faraday’s law of electromagnetic induction, that is, mutual inductance between two circuits, which is linked by a common magnetic flux. Transformer transforms electrical energy from one circuit to another circuit with the help of mutual induction between the two windings without electrical connection between them, and also transforms power from one circuit to another circuit without changing the frequency but with a different voltage level. 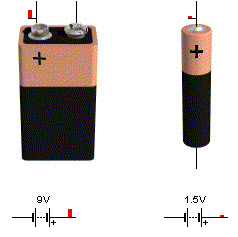 A battery is used to convert chemical energy into electrical energy through electrochemical discharge reactions. Batteries are composed of one or more cells each containing an anode (-), cathode (+) and the electrolyte. The anode and the cathode are kept up to an electrical circuit. Cells are classified into two types’ primary cells and secondary cells, wherein the primary cells are not rechargeable while the secondary cells are rechargeable. 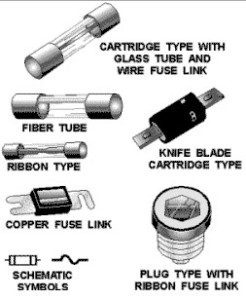 A fuse is a piece of wire of a material, which is used to protect the components from damage due to extreme current flowing through them. When an excessive current flows through the circuit, the wires get heated up and melt. As a result, the current stops flowing. When the fuse melts, the fuse element absorbs some energy. This energy is given by I2t, where ‘I’ is the peak value of the current interrupted, and‘t’ is the time taken to clear the fault. When the fuse blows, it gives an indication that there is some kind of malfunctioning in the circuit.

Each type of fuse is designed for a precise amount of current. A standard fuse consists of main components such as metal-fuse element, a set of contacts, support body and connection. A fuse element is made of copper, zinc, silver, alloys or aluminum to provide predictable characteristics. This may be surrounded by material or air, which is proposed to speed the quenching of the arc non-conducting liquids or silica mat used.

A diode is a device, usually made from semiconductor material that allows current to flow in one direction; it blocks the volume of any current that tries to go against the flow in a wire. Diodes are often used in many circuits that convert AC to DC. An alternative of the diode is LED or light emitting diode, which is designed to emit light of a particular frequency when a current is applied to it. LEDs are used on everything from hard disks, keyboards to TV remote controls, and are very useful as battery-operated electronics and status indicators in computers. 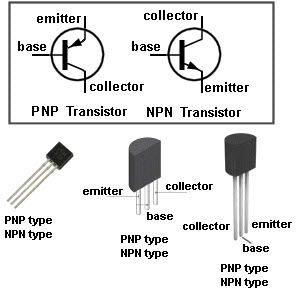 Transistor is a three terminal electronic device made of semiconductor material which regulates voltage or current flow and acts as a switch for electronic signals. There are two types of transistors PNP and NPN, most circuits tend to use NPN transistor. Transistors are designed in different shapes and they have three terminals namely, base, emitter and collector. Where, base is responsible for activating the transistor, emitter is the negative lead and collector is the positive lead. 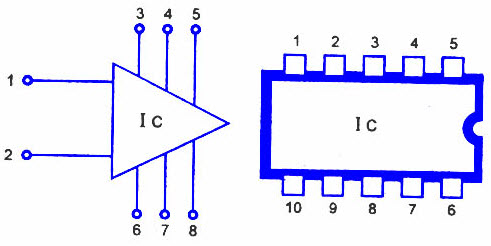 An integrated circuit is also referred as IC and sometimes it is also called a microchip, is a semiconductor where millions of resistors, capacitors, and transistors are fabricated. It can function as oscillator, amplifier, timer and microprocessor. An IC is classified as either linear or nonlinear depending on its application. Linear or analog integrated circuits have continuously variable output and that depends on the level of input signal. These linear integrated circuits are used as audio frequency and radio frequency amplifiers. Digital integrated circuits operate at only a few defined states, rather than over a continuous range of signal amplitudes. These ICs are used in modems, computers, frequency counters and computer networks. The basic building blocks of digital ICs are logic gates, which work with binary data.

Relays are electromechanical switches, which are used to control the circuits by using one signal or low power signal. The first relays were used as amplifiers in long distance telegraph circuits. Basically, a relay consists of an armature, an electromagnet, a spring and a series of electrical contacts. There is no electrical connection between inside the relay between the two circuits and these circuits are connected each other through magnetic connection. Relays are used to perform logical operations in computers and telephone exchanges. 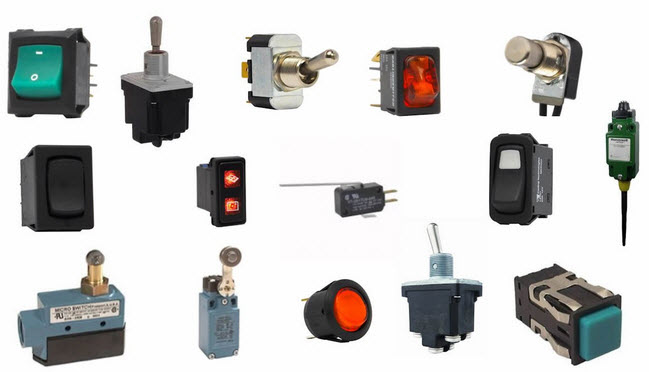 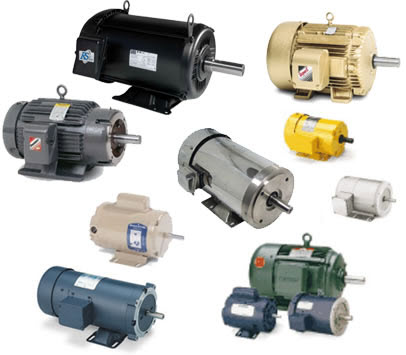 A motor is a device, which converts electrical energy into mechanical energy. It includes stator, rotor, bearings, conduit box, eyebolt, and enclosure. Electric motors are all around us, from common appliances to our most complicated computers. These motors are clean and relatively competent for the tasks they perform when compared to hydraulic alternatives or pneumatic. These are classified into different types such as, stepper motor, brushed DC motor, brushless DC motor, permanent magnet synchronous motor, Ac inductance motor and switched reluctance motor. 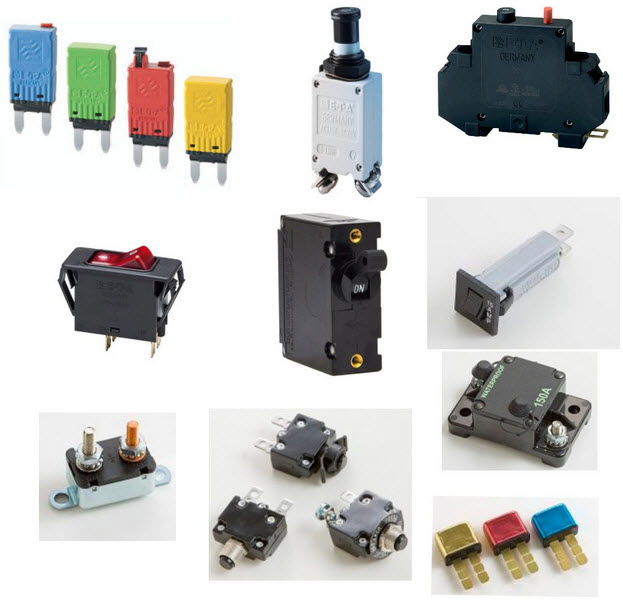