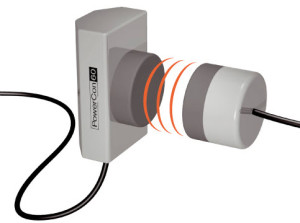 Nowadays electricity is considered as one of the basic needs of human beings. The conventional power transmission system uses transmission lines to carry the power from one place to another, but it is costlier in terms of cable costs and also there exists a certain transmission loss. One maintainable technology leading this charge is a wireless power transmission (WPT) . It is also known as inductive power transfer (IPT).

Wireless power transmission technology is not a new technology. In 1980, it was demonstrated by Nikola Telsa. There are three main systems used for wireless electricity transmission: solar cells, microwaves and resonance. In an electrical device, microwaves are used to transmit electromagnetic radiation from a source to a receiver. The name wireless power transmission states the transfer of  electrical power from a source to an electrical device without the help of wires. Basically, it involves two coils: a transmitter and a receiver coil. The transmitter coil is powered by an AC current to produce a magnetic field, which in turn induces a voltage in the receiver coil.

The basics of WPT involve the inductive energy transmission from a transmitter to a receiver through an oscillating magnetic field. To get this DC current, that is supplied by a power source, it is converted into high -frequency AC current by the specially designed electronics built into the transmitter.

William C Brown, the pioneer in the WPT technology, has designed and exhibited to show how power can be transmitted through free space by microwaves. The concept of the WPT is explained with a functional block diagram which is shown below.

The functional block diagram of WPT consists of two sections: transmitting section and receiving section. In the transmission section, the microwave power source generates microwave power which is controlled by the electronic control circuits. The waveguide circulator protects the microwave source from the reflected power, which is connected through the co-ax waveguide adaptor. The tuner contests the impedance between the microwave source and transmitting antenna. Then, based on the signal propagation direction, the attenuated signals are separated by the directional coupler. The transmitting antenna emits the power regularly through free space to the receiving antenna.

In this type of power transmission method, a LASER is used to transfer power in the form of light energy, and the power is converted to electric energy at the receiver end. The LASER gets powered using different sources like sun, electricity generator or high-intensity-focused light. The size and shape of the beam are decided by a set of optics. The transmitted LASER light is received by the photo-voltaic cells, that converts the light into electrical signals. Usually, it uses optical-fiber cables for transmission.

The main intention of this project is to develop a system of wireless power transmission in 3D space. 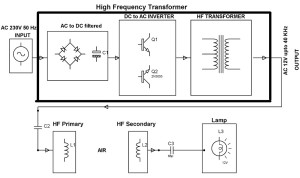 This project requires an AC 230V 50Hz to AC 20 KHz at 12V circuit. The AC, 50Hz is rectified by a BR1 and the DC is derived again, and then made to AC by transistors switching at 40KHz. This is connected to another HF transformer( high frequency) . The output of which is then fed to a resonating coil which acts as a primary of another air-core transformer. Then, the secondary high frequency ID is fed to a second rectifier to drive a DC load.

The main concept of this wireless power transfer in 3D space is, air core transformer operates at 40KHz and by the air core, one cannot transfer 50Hz AC power

The secondary coil magnetic resonance develops a voltage of 40KHz at about 12V while taking over the primary coil. But, the overall efficiency of the power transfer is below 70% for all weakly coupled series resonators that are used in this project 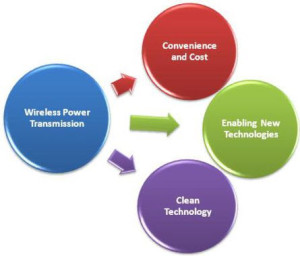 In this way, one can design a wireless-power-transfer system for  simple electronic devices like mobile charges, mobile phones which not only reduces the risk of shock, but also the efforts to plug repeatedly into the sockets. We hope that this article might have provided some basic insights about the wireless power transfer to you.