You are here: Home / Electrical Circuits / Electrical / What are Analog Sensors : Types and Their Characteristics

As we all are living in digital technology, the one device that became an integral part of our daily activity is Sensor. Every device which we come across in our home from mobile phone to security systems at home, all are embedded with various kind of sensors. So, a sensor is a device that observes changes occurring in the parameters such as humidity, pressure, temperature, and others and sends the output to either microcontroller or microprocessor. And these sensors are basically categorized as analog and digital. Here, in this article, we would like to discuss the topics of what is an analog sensor and the types of analog sensors?

What are Analog Sensors?

For instance, the temperature range of a liquid can be known either by thermocouple or thermometer that constantly responds to temperature change either the liquid is cooled or heated.

Analog sensors are classified as many types and they are of:

The name itself indicates that these are the type of analog sensors where those can be utilized to detect changes in acceleration applied on the sensor. Acceleration also corresponds to the change in the values of velocity, vibration, position, and tilt by detecting motion. These accelerometers deliver two kinds of data.

These are the kind of photoelectric devices where the detected light energy is converted to that of electrical energy which means that photons are converted as electrons. Light sensors are mostly helpful to find out and react for various light levels such as in machines, switches, and other appliances. These are further classified depending on the collected current or hold voltage based on the levels of light. Mostly, light sensors are implemented for robotic intelligence and motion lights. Even these devices hold the ability to detect light rays not visible for humans such as UV rays, infrared, and X-rays. 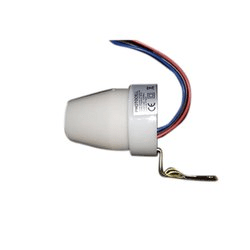 The types of light sensors are:

These sensors deliver analog output voltage or current signals in linear to the temperature levels. The usage of these devices is so simple, and no need for complicated circuits to construct. The accuracy of output ranges from +10C to -10C. These are also called as thermistors. when the temperature rate enhances, then the value of electrical resistance also gets increased. In the same way, if the temperature rate is reduced, then the resistance value declines. Also, low power usage of these analog temperature sensors reduces the power utilization of a system, self-heating, and even the construction is also so simple.

1). What is called an analog signal?

An analog signal generally corresponds to linearity. Analog systems are utilized when the output levels of either current or voltage have to be proportional as per input values. These systems have unlimited variability in nature.

2). What are the benefits of analog signals?

3). What are the advantages of analog sensors?

Analog sensors are the devices that produce analog output in correspondence to the quantity being calculated. The quantity which is measured can be temperature, pressure, force, light, and others.

4). What are the sensors that produce analog output?

A phone operates on both analog and digital signals. Analog signals are used for transmission and reception of communication signals whereas the data inside the analog is digital in nature.