One of the major problems that people are still facing these days is an irregularity in power distribution. So, to get rid of this problem, technology has provided us many approaches and various devices. The most general technologies that are used for this purpose is generator, inverter and UPS. Even these devices are extensively used in many household and commercial applications to standardize power deregulations, each device has its own capacity, advantages, and disadvantages.

What is a Generator?

A generator is the most general device found in many houses and companies. But one would like to know the exact generator definition of this, so here we explain that. A generator is an electrical machine that is used for the conversion of mechanical energy to electrical power. Though this is not the direct generation of electrical energy, in general, its functions upon the electromagnetic induction principle. The device generates electric power only when operated at specific speed levels using prime movers like diesel, natural gas, petrol, and also other renewable energy sources like that of water, wind, and solar-powered turbines. 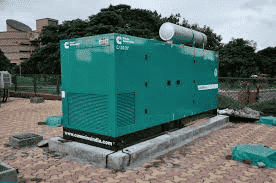 What is an Inverter?

The inverter definition is stated as that it is the device that performs the operation of converting the current form from DC to AC (direct to alternating). To make use of these devices in household activities, they are probably combined with additional electronic devices that regulate load and battery charging systems. Depending on the battery-driven system, inverters operate as a power adapter to energize minimal power required devices using a general wiring approach. The amount of power supplied by electric grids has to be the same as that of mount delivered by inverters. 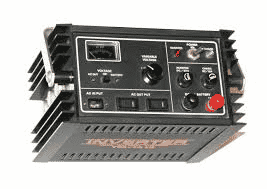 But at the time of converting DC to AC form, the voltage gets increased. As per the principle of Ohm’s law, when voltage is increased, the current is decreased. This means that the conversion of DC to AC delivers less amount of power.

Based on this functionality, the inverters are basically categorized as:

So, this is a general overview of inverters.

The UPS definition is stated that it is the electrical equipment that delivers backup power to the load at the times of power distortion in the main power system. In comparison to other kinds of alternative power supplies, UPS differs in the scenario that it quickly safeguards the sources from power disturbances. As UPS devices have minimal on-battery operating time, this time is sufficient to disconnect all the connected equipment.

A UPS is also called a battery backup or flywheel backup because flywheels, batteries, and capacitors are the energy storage devices for UPS.

So, this article clearly explains the concepts of the generator, inverter and UPS, their definitions, basic operating principles, and key differences of these devices. Apart from the mentioned information, each of these devices holds extensive information to know like functionality, benefits, and important features. Knowing crucial data regarding these electrical devices will show a streamlined approach of which device has to be used for which purpose. And the foremost question that arises is what are the advantages and disadvantages of generator, inverter, and UPS?