You are here: Home / Electrical Circuits / Electrical / What is an Isolation Amplifier : Features & Its Applications

An isolation amplifier is fundamentally used to reduce the common voltage between the source side and the power load side. They provide electrical isolation and acts as electrical safety barriers. They are also used to protect the operators from leakage currents. These are some of the most frequently used devices. They work fundamentally on the operational amplifier principle (OP-AMP). Due to their versatility, they find numerous applications in both industry and other major fields like aircraft engineering, aviation, space aircraft, etc. They also used to break the ohmic continuity of electrical signals between input and output signals. Isolated power supplies are provided for both input and output stages. They are also used to amplify low signals.

What is an Isolation Amplifier?

An isolation amplifier, as the name suggests is used to isolate two parts of a circuit and provide amplification to low power signals. Their first major principle is to provide isolation between two parts of a circuit. They provide isolation from the source side to load side, such that there is no direct connection between the two. With this, they act as a safety barrier to the user on the power side. With such isolation, it creates a possibility for high current to pass through both sides. As this high current is isolated to the user, we can say that there is a break in the ohmic continuity of electrical signals between input and output. Since the ohmic continuity is discontinued, we say that the resistance is infinity. As the resistance of the open circuit is infinity and the short circuit is zero. Hence isolation amplifier also provides infinite resistance. 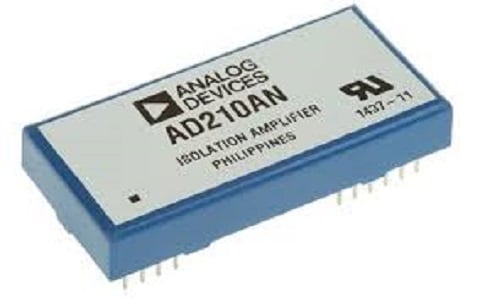 Another major application is to provide amplification to low-level signals. This application is very important in space applications where the generated signal strength is low. This becomes mandatory as most of the devices are low power level equipment to reduce the weight of the aircraft. The circuit shown below is the pin configuration for the Isolation amplifier. 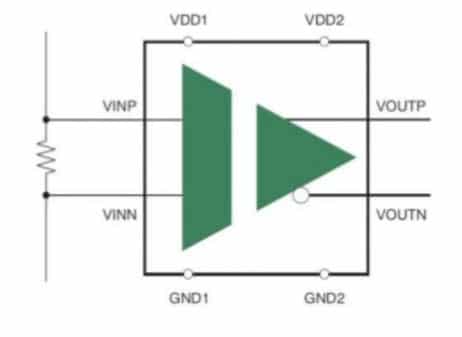 The input part consists of a voltage divider circuit, with VINP and VOUTP as the input and output ports for power. Similarly, we have two ports for ground GND1 and GND2. As shown in the figure, we have two parts, one is the power source part and the other is the load part. A gap between resembles the isolation between the two. As we have seen the isolation amplifier provides isolation. The other two ports, VDD1 and VDD2 imply the ports for the voltage divider circuit respectively. The ports VINN and VOUTN imply the ports for input voltage and output voltage respectively. Overall the pin configuration of the isolation amplifier consists of 8 pins.

There are basically three types of amplifier design methods followed

The rectifier which is connected on the primary side converts AC to DC and supplies power to the operational amplifier. The transformer is also known as a magnetically coupled and electrically isolated device. That means that it provides isolation between primary and secondary. Since the two operational amplifiers are connected on primary and secondary, isolation is obtained by using the property of the transformer. 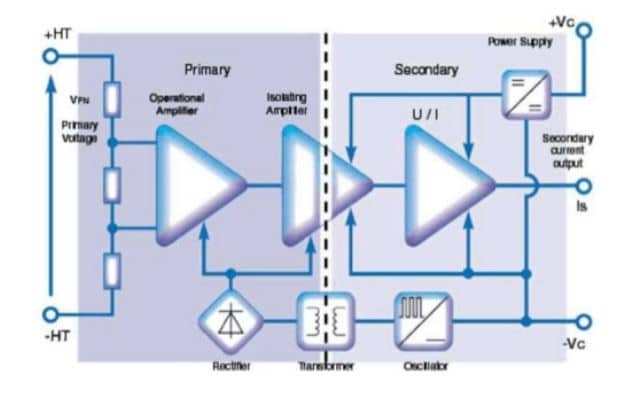 The advantages of transformer-coupled isolation amplifier include the following.

The applications of transformer-coupled isolation amplifiers include the following.

This circuit consist of a modulator decoder, LED Driver, and clock detector as shown in the figure. The isolation provided in this circuit is in an optimal manner. For optical isolation, photodiodes are used. As shown in the figure, the LED driver after taking the signal from the modulator, given the signal to the photodiode. The photodiode is works based on light intensity and hence no need for transmission through wires. The photodiodes on both sides of the LED driver and decoder convey the signal. It can be seen that the encoder, LED driver, decoder and clock detector form a closed path for the signals to flow via optical isolation. Hence, this isolated amplifier design is based on photodiodes. 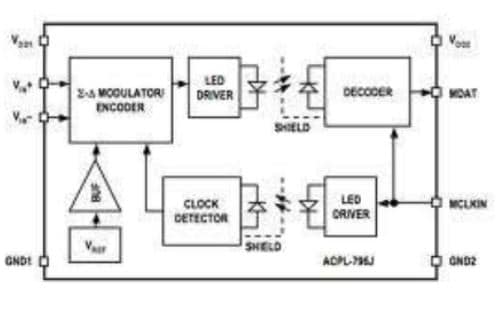 The features of the optical isolation amplifier include the following.

The advantages of the optical isolation amplifier include the following.

The applications of the optical isolation amplifier include the following. 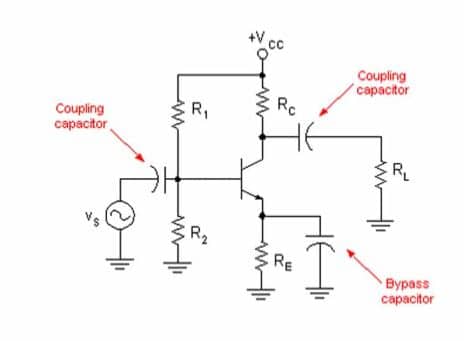 Advantages of the Capacitive Isolation are

This circuit has a number of applications. A few of them have been mentioned below:

Hence we have seen an overview of an isolation amplifier, working principles, isolation methods, advantages, disadvantages, and features. The isolation is often provided by a medium. The isolation provided often becomes important for vital applications like medical, etc.  We have discussed the mediums to be transformer(magnetic field), light, and capacitive isolation. It is interesting to think about, do we have any other methods of isolation?