You are here: Home / Basics / What is a DC Series Generator – Load Test, Characteristics & Applications

What is a DC series Generator?

It is a machine that works on the principle of electromagnetic Induction and it converts the mechanical input given to electrical energy. The field winding is attached in series with the armature winding of this type of machine. The equivalent circuit of this type is shown in the figure below.

From the circuit, we know that

As the winding is in series, the current is more and in order to produce the necessary MMF the winding is wound with fewer turns compared to shunt type machine.

It works similar to a normal type generator and the working principle is an electromagnetic inductor. When the conductors placed in the magnetic field are rotated by a mechanical input. These conductors cut the flux and induce a current to flow. This induced current is able to produce a voltage that is used as the output of electrical energy. The working of the DC series type is shown in the figure below. 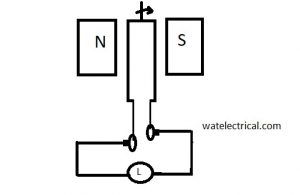 The load test is conducted to draw internal and external characteristics. The load circuit diagram is shown in the figure below.

To know the values of voltage generated with respect to the load current in order to draw the curves vary the input voltage to the rated value and note the respective values. 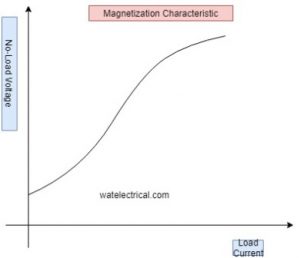 The Internal characteristic curve is shown in the figure below. 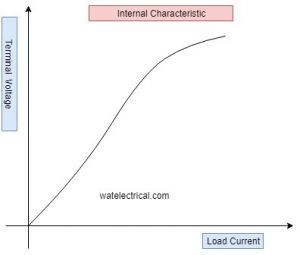 The external characteristic curve is shown in the figure below. 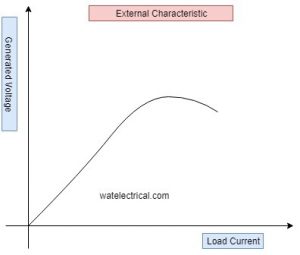 These machines are used in

Thus, in this article, we had studied what is a DC series generator. It is a type of machine whose winding is attached in series with the armature winding such that the number of turns is less in order to produce the necessary flux. Apart from this, we had also studied its working, why load test is conducted, its characteristics, and applications. Here is a question for the readers, Magnetization characteristics curve is drawn between which values?