The transformer, as the name suggests is for transforming power from higher voltage to a lower voltage and vice-versa. In electrical engineering voltage for different functions/purposes is different; Therefore, the Transformer assumes a most important role. The importance of a transformer (distribution) is such, that it affects the general public directly as without electricity nothing moves. In order to perform, a transformer has to be tested thoroughly initially and during its life span. Its rating has to be carefully chosen looking into future demand as it is the most important component of electrical infrastructure. Although there are many types of transformers and each type has to be tested differently here we will consider only Power Transformers. This article discusses an overview of transformer testing, types, and its working.

What is Transformer Testing?

Transformer testing is a function by which we get assurance that the Transformer will perform under the most severe duty as per its specifications. 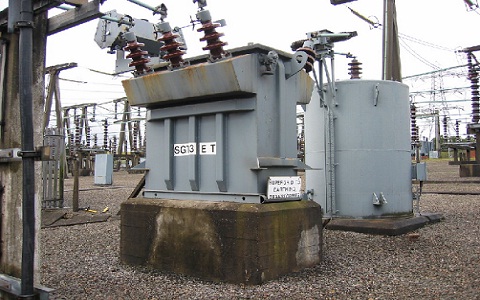 Let us now understand what are the Routine tests conducted at the manufacturer’s end. Routine tests are those tests that are performed on each and every transformer to confirm its operational capabilities. These tests are as given under:

Special Tests are those tests that are associated with the special duty of transformer including testing transformer accessories. They are:

Most of the routine tests are repeated at the site as pre-commissioning tests such as insulation test, dielectric test, ratio test and sometimes even vector group test and short and open circuit can be performed at the site.

The dielectric test is carried out on transformer oil on a machine which is known as dielectric strength testing machine. In this machine high voltage is applied to the spherical electrodes separated by a gap of 2 mm immersed in a small oil bath. The oil bath contains a sample of oil to be tested. The breakdown voltage is noted and that is the dielectric strength of the oil. Different standards are available for sampling and testing. In addition to this transformer oil is also subjected to chemical testing to ascertain water content, acid content, etc. as they are detrimental to transformer performance. This test also is an important condition monitoring test.

One more test that is the ratio test is very important as it establishes the transformation ratio. This test can be performed at the site by feeding reduced voltage on the primary or secondary side of the transformer and then comparing it with the output voltage. It has to conform to the rated transformer ratio.

Periodic tests are done on a transformer to ascertain its condition. These tests include dielectric strength, Insulationtest, inspection to see leakages from bushings valves, etc. and tripping from various safety relays and devices. In order to ascertain the life/condition of Bushings and other insulation, the Tan Delta test is also carried out on large transformers.

These tests are carried out when there is an outage due to transformer malfunction and the test will entirely depend upon the type of malfunction observed. It may be due to oil level low, or tripping due to overload, or more severe being a flashover/fire. During emergency our intention is to put the transformer back into service as soon as possible therefore only the relevant tests are conducted following a step by step approach. These tests may include inspection then insulation test and dielectric test etc.

1) what is the purpose of Buchholz relay in a transformer?

2) why large transformers are filled with oil?

Large transformers are filled with oil which serves two purposes one for cooling the core and winding and others to build up dielectric strength inside the tank.

3) Why Heat Run test is performed on the transformer?

When the transformer is in service it has to encounter copper losses and iron losses which in turn get converted into heat. A heat run test is conducted to ascertain the temperature rise is within permissible limits.

4) What should be the insulation level of the transformer?

5) Why periodic testing of transformer oil is necessary?

6) While testing the transformer at the site if we find that the dielectric strength of transformer oil is low. What should be done?

We must centrifuge the transformer oil so that the required dielectric strength is achieved.

With the technological advancement and increasing demand on the reliability of transformers, many new tests are being added to the already exhaustive list of tests to be carried out. A Transformer, although seems to be a passive device, is never passive and constant condition monitoring through various tests is required. Moreover, the demand for the efficiency of a power transformer is also very high which has made it mandatory to carry out tests to find the losses in order to keep them to a minimum.